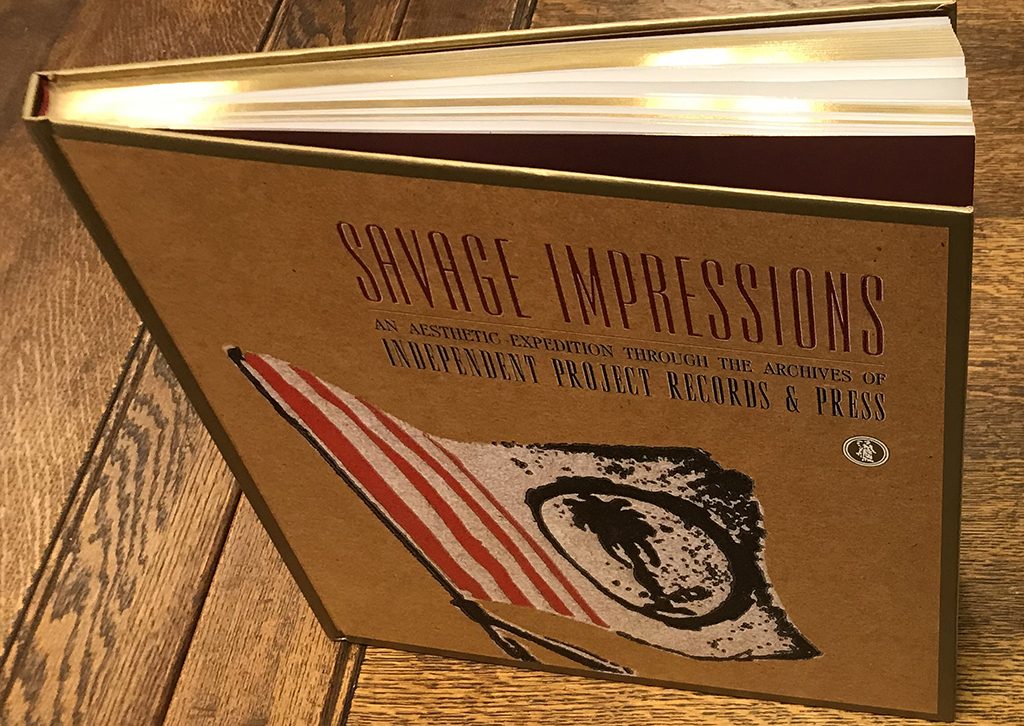 Savage Impressions is a sumptuous book sure to delight designers, printers, record collectors, and graphic arts enthusiasts. The publisher notes that it is the first extensive monograph devoted to Independent Project Press, one of the most influential letterpress studios active today. The proprietor, musician, artist, and designer, Bruce Licher, has been producing innovative, limited edition letterpress printing since 1982. He was among the first to print on chipboard for music package design. But it is his virtuosity in hand composing vintage metal types and his restrained palette that elevates this work above its professed purpose.

In his foreword, Adam Davis reminisces about discovering Tragic Figures, the first album by Licher’s post-punk band Savage Republic (produced by his Independent Project Records label). The cover art was the progenitor for much of IPP’s subsequent work: “It could have belonged to the distant past or the future, but it seemed to resist the present, to provoke the idea of modern life.” The whole of IPP’s work is, as stated in the introduction, “art where least expected.”

The book, co-designed by Licher and James Grieshaber, dazzles. The 12 × 12 inch format with its gleaming gilt edges invokes a boxed set of vinyl records. Ingeniously, the outer edge of every interior page is replete with ornaments vertically arranged to create a decorative bracket (and a surprise). The concise, chronological narratives tell a compelling story of the evolution of the press and record label. More than two hundred photographs showcase IPP’s first 38 years: friends and collaborators; numerous album covers and gig posters for Savage Republic and IPR labelmates; ancillary IPP printing (letterhead, postcards, stamps, and other ephemera); and a trove of superb client work for musical acts such as REM, Stereolab, and Camper Van Beethoven. Informative captions and production notes accompany the photographs throughout, and printing terms are defined for the non-printer. And in spite of the high digital production values, the DIY ethos imbued in the original letterpress exemplars remain forefront.

Savage Impressions is a valuable primer for those unfamiliar with Independent Project Press (or letterpress in general) and a worthwhile compendium for longtime admirers. It’s a welcome addition to this reviewer’s printing reference (and inspiration) library. 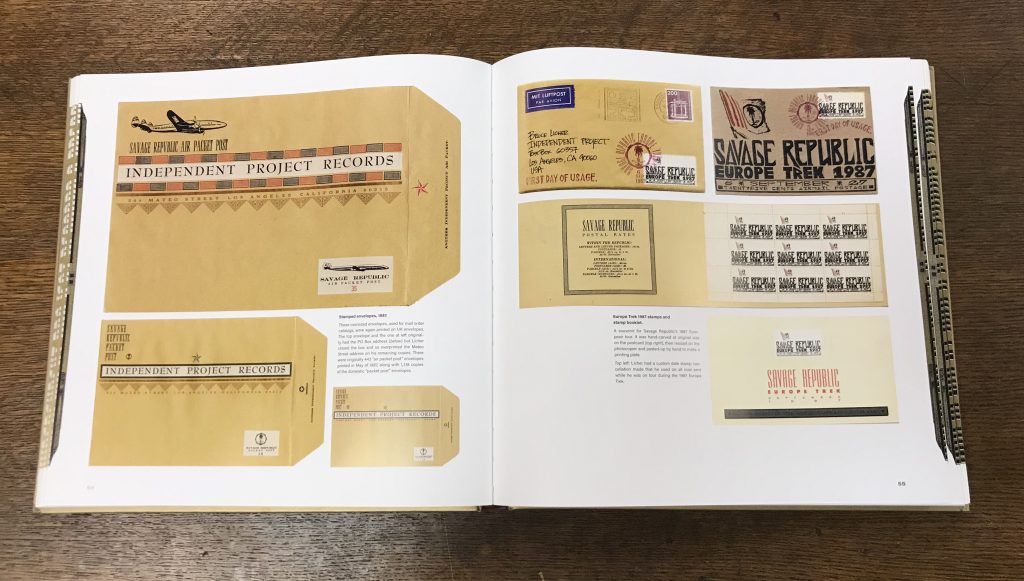 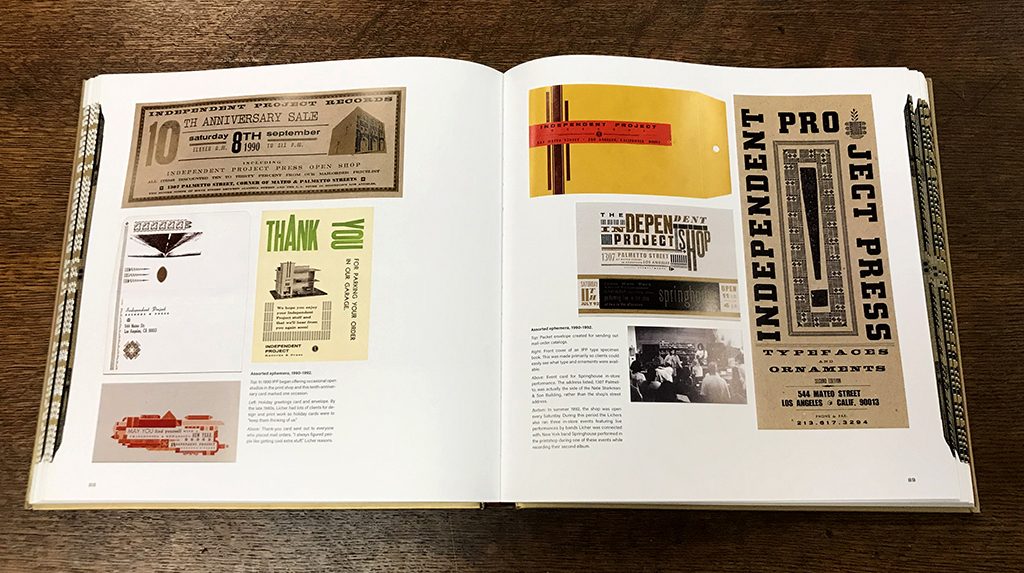