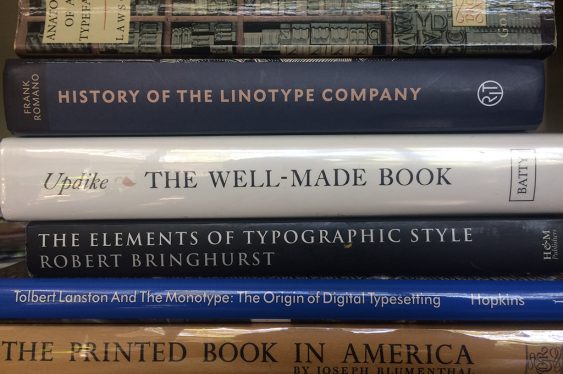 I am developing a checklist for this website of printing history publications written or edited by APHA members (current, lapsed and deceased), APHA Award Laureates, Lieberman Lecturers, and Mark Samuels Lasner Fellows.

I envision this to be another resource for membership and the public. I invite all APHA members, especially longtime members, to help develop this data by suggesting important books that they believe should be listed. Please visit the checklist to see what has been compiled so far.

ISO: 1940s Printshop by Site Visitor. “Via the contact form: I am trying to found out what type of printing presses would have been used 75 years ago in a small…”

About Thumb Indexes by George Barnum. “The following query appeared on this site recently: Please, I would like to know the term used for the “thumb indents” found in older hardbound…”

ISO: Hektograph by Site Visitor. “From the Contact form: My husband and I have an antique Hektograph from the 1880s. I believe it is a dry copy press? The only…”