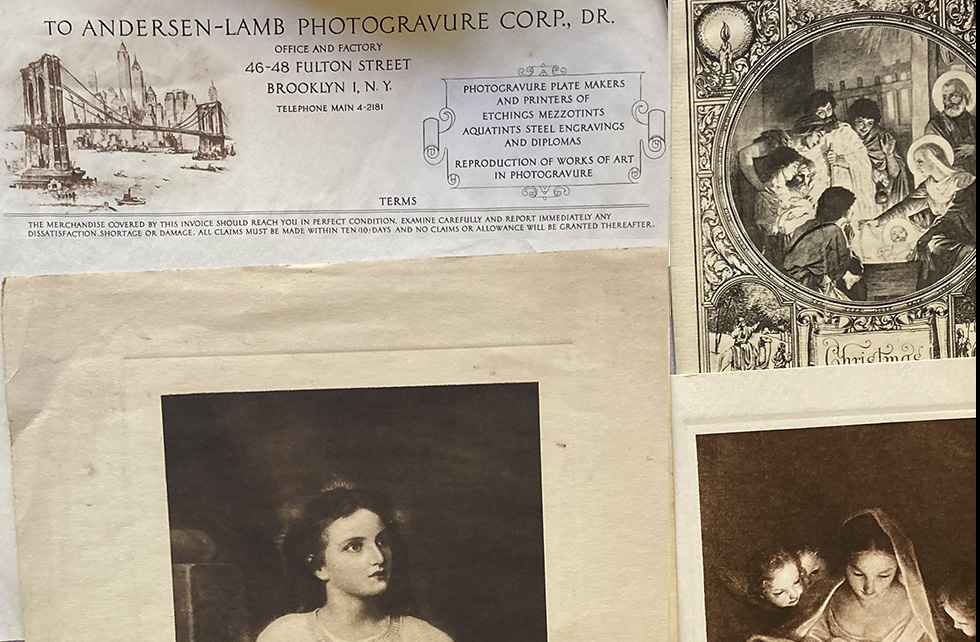 Beth Schuchter wrote to share some ephemera printed by Andersen-Lamb, the notable  Brooklyn, New York photogravure company. She also has shared some nice photographs featuring the pressroom with etching presses. Andersen-Lamb was mentioned in a 2014 post, on this website,  inquiring about the W.T. Littig Printing Co.

These photos were taken in the late 60s and early 70s. My father was in the printing and publishing business in Cincinnati, Ohio. He represented a local artist, and they were pursuing a project for a copper engraving of Carolina Parakeets that was to be hand-colored. He went to New York on several occasions and corresponded for several years with Edna and Bertrand Anderson. On the back of about 3/4th of the more than fifty photographs are the names of two different photographers: Trudy Fleischmann and James F. Brown. 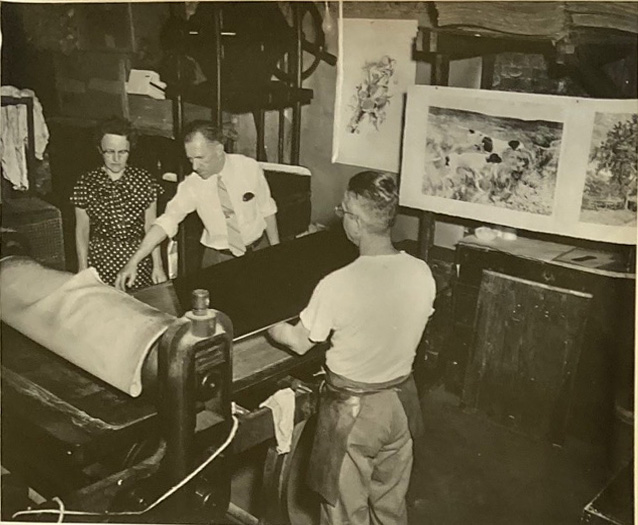 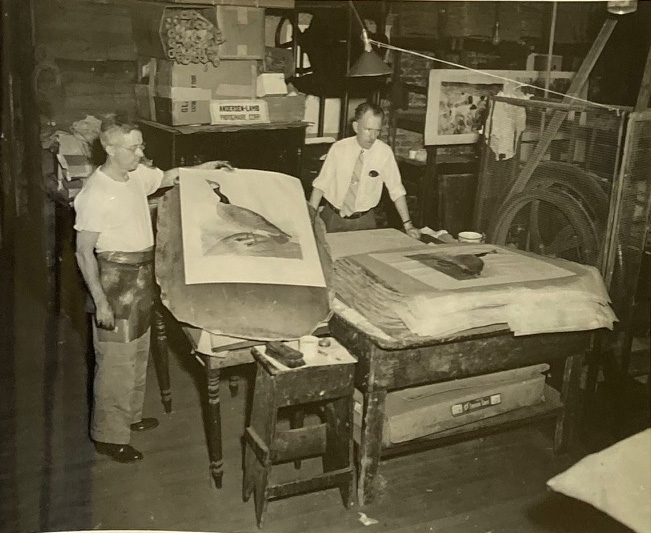 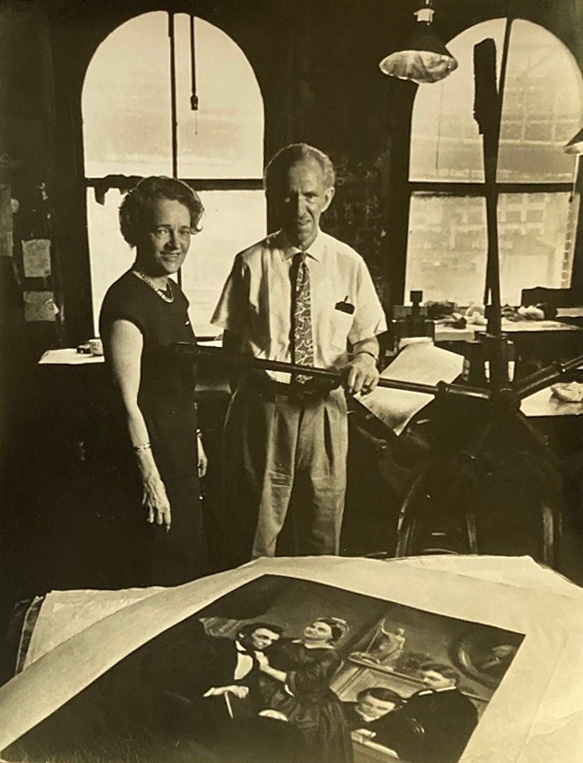 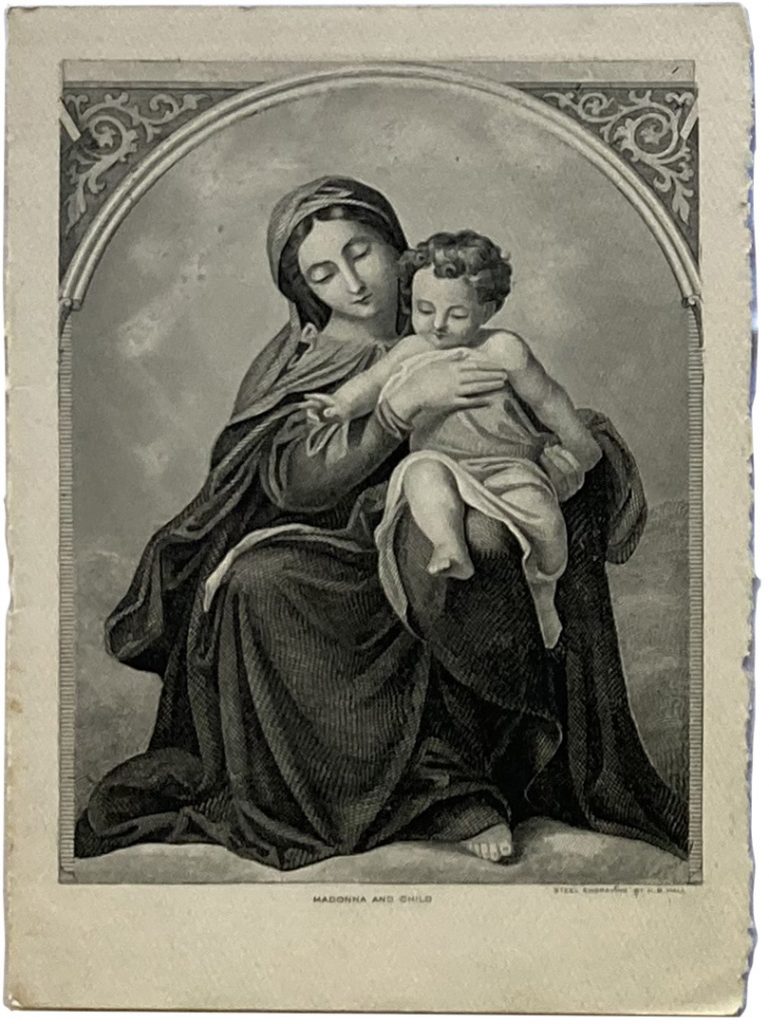 ISO: Type Identification by Site Visitor. “Via the contact form: I am just starting to support the usage of an 1873 Peerless letter press for the local Jackson Ella Sharp Museum.…”

Adam Ramage and his One-pull Common Press by Robert Oldham. “While I was collecting hand press information for my book, A Field Guide to North American Hand Presses and Their Manufacturers, I encountered a number…”