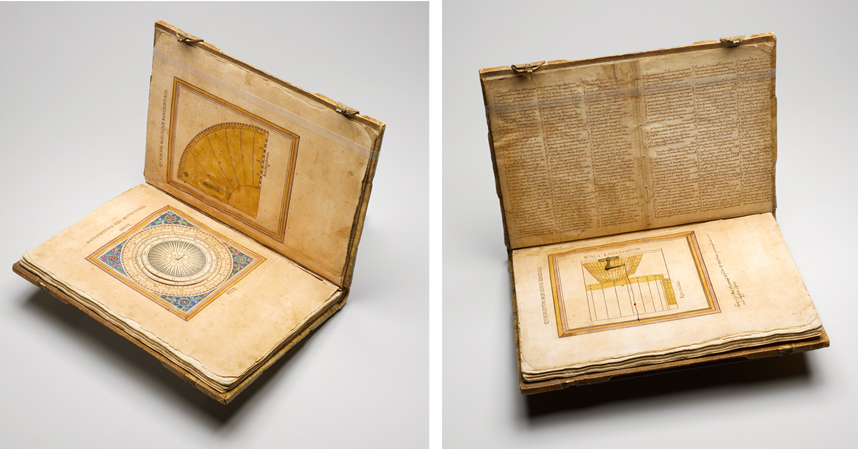 Suzanne Karr Schmidt has conducted extensive research on the topic of Renaissance prints and the ways in which prints on handmade paper move from two dimensions to three dimensions. Due to this focus, Schmidt’s research and curatorial work address many topics that interest members of APHA and the FDH.

Altered and Adorned: Using Renaissance Prints in Daily Life, by Schmidt and Kimberly Nichols, published by the Art Institute of Chicago and Yale University Press in 2011, is a recommended source for those readers who would like to learn more. Schmidt also published Interactive and Sculptural Printmaking in the Renaissance with Brill in 2017. In fact, that project includes a downloadable interactive version of some assemble-them-yourself forms.

Schmidt presented a lively, illustrated lecture on the topic of pop-ups in the Renaissance. Images, many of which included text, were printed from printed from woodblocks and engraved plates. The examples presented included a number of formats such as volvelles, or rotating dials, lift-up flaps, and pop-ups that were designed to be cut, folded, and glued into sculptural objects. These forms might serve as instruments, calendars, or objects of devotion.

Sundials were popular functional items. Religious information, such as the date upon which Easter should be observed, was also transmitted via these structures. Scientific information about celestial bodies and anatomical images, which often included flaps that could be lifted up, was commonly printed in these innovative forms. Recreational items such as party hats and games also incorporated these kinds of strategies. Some prints with lift-up flaps even revealed suggestive sexual content.

Schmidt included some non-western examples that suggested that this rich topic of 2D-to-3D transformation could be expanded into other geographic areas—and perhaps into other historical eras. Schmidt’s model of research methodology based on printed evidence (both flat and assembled), printing blocks, and manuals, also suggests ways in which scholars can synthesize a variety of sources to explore new scholarly territory.

This lively, engaging lecture included a panoply of examples that were of interest to both makers and scholars. A historical perspective on paper engineering and the ways in which innovative designers and printers of the fifteenth, sixteenth, and seventeenth centuries created paper-based forms to communicate ideas in the space between flat prints and standard three-dimensional books was fascinating—as well as fun!