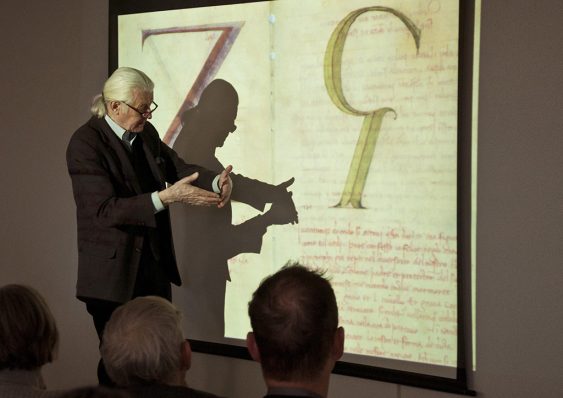 Matthew Carter delivered APHA’s annual Lieberman Lecture on Saturday, December 3, 2016, at the Museum of Printing in Haverhill, Massachusetts. Over sixty people gathered to hear Carter present a lecture titled “Genuine Imitations, a Type Designer’s View of Revivals.” The lecture was followed by a lively question and answer period and a convivial reception. Attendees enjoyed exploring the new home of the Museum of Printing, which recently relocated to Haverhill from North Andover, Massachusetts.

Carter emphasized that the past should be interpreted in the context of the present and that revivals of typefaces are most successful when they are derived from historic models but designed to function in the contemporary climate. He stressed the importance of understanding how type was made in the past. He also pointed out that reading is an essential function for a typeface and that spacing within and between letterforms is key to their legibility and grace.

The first example that Carter presented was Snell Roundhand, which he designed for Linofilm in the mid-1960s. Snell Roundhand was inspired by a handwriting manual issued by Charles Snell in 1714 which Carter studied at the St. Bride’s Printing Library in London. Carter was able to adapt the joined script letterforms to the Linofilm technology. Carter later designed two heavier weights for Snell Roundhand. 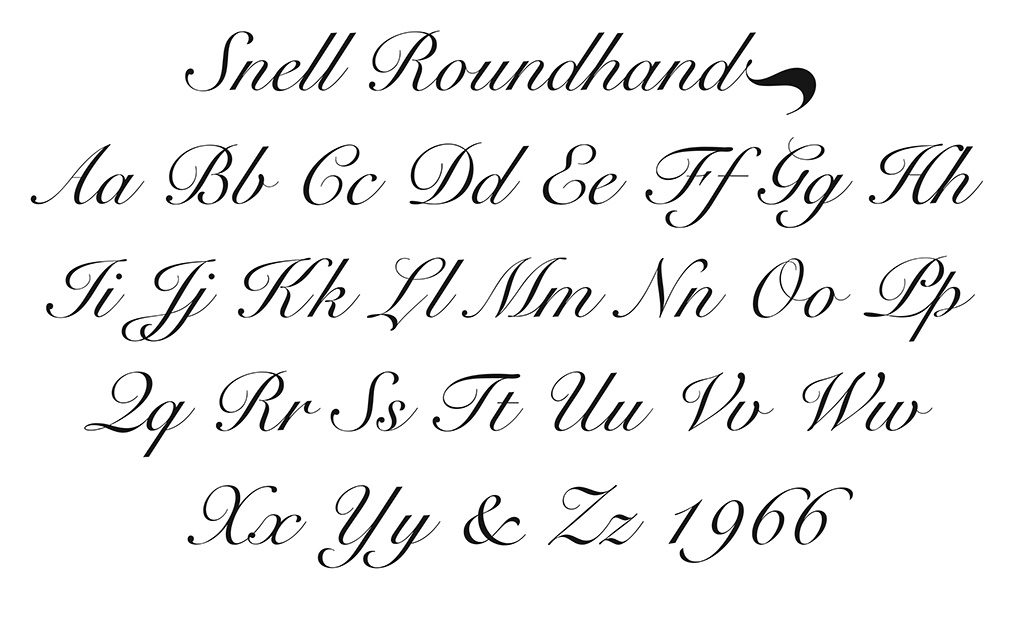 Mantinia, which Carter designed in 1993, was inspired by three separate historical sources. The first was the lettering in paintings by Mantegna, an Italian Renaissance painter who studied classical letterforms and included them in inscriptions, flags, and banners in his paintings. Carter was also influenced by the letters cut into the façade of the Boston Public Library’s McKim Building, which was built in the 1890s. The third source for Mantinia was early New England gravestones, which Carter enjoys studying. All three of these sources feature quirky ligatures, which are a hallmark of Mantinia. Type is designed for use, and Carter shared a cover of Rolling Stone that featured Mantinia—a example that he described as “heartwarming.” 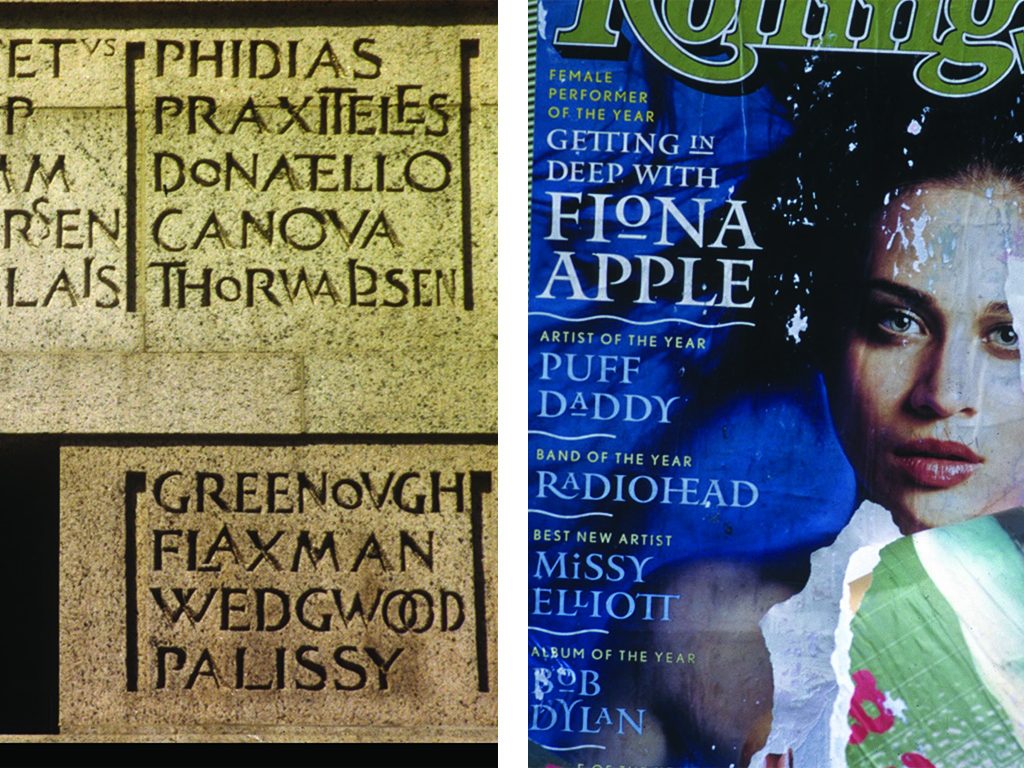 Carter designed Big Caslon for use at large sizes. Caslon is, of course, a much-reproduced and much-used typeface. Big Caslon is based on a re-cutting of Caslon, and Carter referred to it as a “revival of a revival.” Carter stated that type is like a musical score that can be read and played. Each performance is unique to the time and place and exact fidelity to the creator’s original vision is unattainable. In fact, each performance of a symphony is a critique of that written piece of music. Big Caslon, Carter feels, is a type revival that is—in this sense—a performance. Yale University commissioned Carter to design a typeface for use in the “academic family.” The face needed to be useable on signage, in print, and on the web. In this case, Carter drew on Gothic letterforms that appear on buildings on the Yale campus and on the type that Francesco Griffo cut and which Aldus Manutius used in DeAetna. The resulting Yale type has a family resemblance with Bembo. Carter explained that when type designers are creating a face, they focus first on the lower case letters. Once those letterforms are working together well, capitals are introduced. The signage for the Yale campus, which was to be set in capitals, was prioritized and so Carter had to work first on the capitals in this instance. 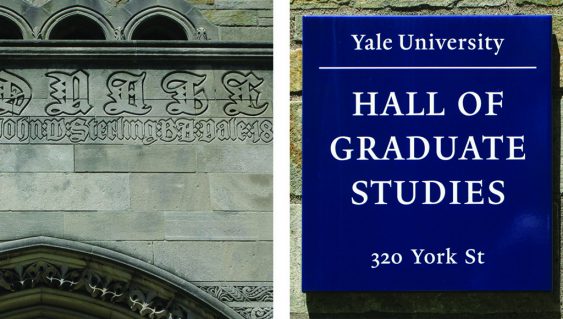 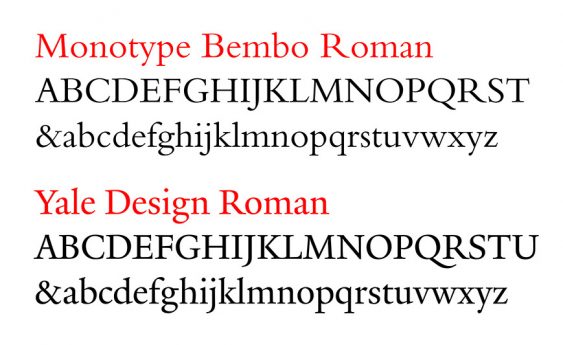 Members of the audience were treated to a question and answer period that covered a number of types and included delightful responses from Carter including quoting Katherine Anne Porter, who wrote “The past is never where you think you left it.” Fitting words from a type designer who shared his insights and expertise with the diverse but enthusiastic crowd of graphic designers, print historians, and type designers who gathered at the Museum of Printing to hear APHA’s annual Lieberman Lecture.