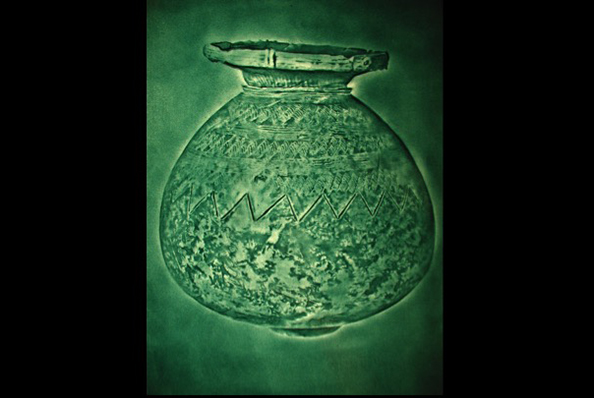 This interactive conference session, which was facilitated by Timothy Barrett, professor and director of the University of Iowa Center for the Book, focused on reconsidering the definitions of watermark and paper. After brief presentations by Cathleen A. Baker, paper historian and proprietor of the Legacy Press, Lisa Miles, graduate of the University of Iowa and Fulbright scholar, about examples that might serve to challenge the traditional definitions of watermark and paper, attendees engaged in a wide-ranging discussion about the nature of paper. Baker presented the examples of papyrus, pith paper, and tapa. Miles shared examples of daluang bark paper made in Indonesia, and amate bark paper made in Mexico. 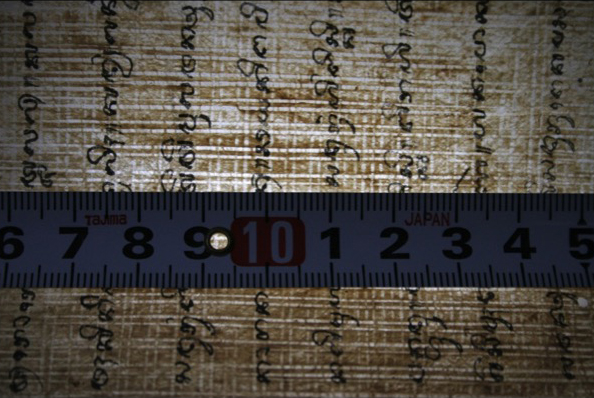 A handout was circulated to participants that included a status quo and alternative definition of each term. The premise behind the reconsideration of these definitions was that, as contemporary makers and scholars, we should question the definitions we have inherited from previous generations. Though early historians of paper were engaging in groundbreaking work when they documented early practices, their time and the lens with which they viewed cultures may have influenced the terminology and the conceptual frameworks which they applied to the creation of supports for text and image.

The status quo definition of paper was “paper is made from cellulose fiber that has been beaten, dispersed in water, strained out again to form a flat even layer, and then dried. [It is] primarily used as a substrate to carry writing or display images.” The alternative definition was “paper is a material made of cellulose fibers beaten or otherwise manipulated while moist to yield a flat material primarily used as a substrate to carry writing or display images.” In Miles’ field research, she has asked those who are making substrates for text and image what terms they use for the materials they are making. She has been intrigued by the expansive notion that these makers have of paper. These experiences have contributed to Miles’ interest in reconsidering previous definitions and typologies. This general line of questioning prompted members of the audience to consider the ways in which definitions and categories can undermine cultural traditions and might echo colonialism. The term “proto-paper” is an example of the kind of terminology that might be fruitful to reconsider. It assumes that papermaking techniques improve over time and overlooks that fact the various types of papermaking practices co-exist in time. Extending our contemporary understanding of cultural history can further both creative and critical practices related to the study of paper.

The discussion also considered the nature of watermarks. The pre-existing definition of a watermark presented on the handout was: “Any device that alters the formation of a sheet of paper of uniform thickness, causing localized changes in sheet thickness so that the dried sheets, when held to the light, transmit light more less readily in exact duplication of the design of the device.” The alternative definition that was to be considered by the group was: “A device and technique for changing the uniform thickness of paper during sheet forming or while the sheet is still damp, prior to drying. The dried sheet, when held to the light, then transmits light more or less readily through thick or thin areas in exact duplication of the design of the device.” This definition takes into account alternative techniques for creating thicker/thinner areas in paper with signs and patterns. This was a stimulating session that introduced the prospect of re-examining our shared understanding of cellulose fibers brought together by hydrogen bonding. This discussion could be profitably continued in the future and could be extended to other aspects of the field.