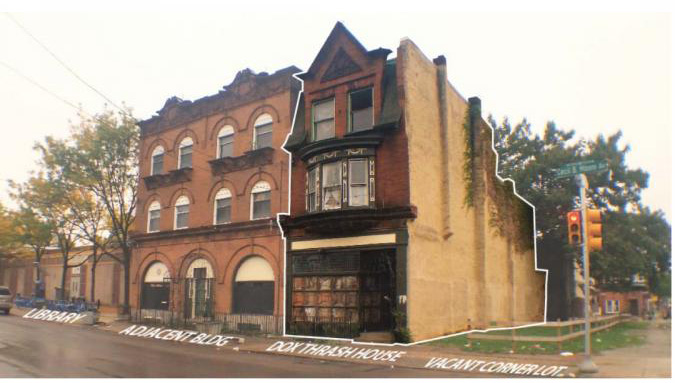 Fri., Nov. 6 | In their presentation, Maya Thomas, Dana Rice, and Chris Mulford spoke about their effort to preserve the home of Dox Thrash (1893–1965), an African American printmaker, painter, and activist. He was a key figure in the vibrant Black arts community that developed in the Sharswood section of Philadelphia between the World Wars. In addition to his own highly-regarded work, he became known as a mentor for younger artists.

Thomas, Rice, and Mulford presented background on the neighborhood’s significance as an African-American cultural hub in Philadelphia, talked about the endangered state of the house itself, and outlined the hope to return it to being a cultural resource in the neighborhood.

After a childhood in Georgia, Thrash came north to Chicago, enlisted in the armed forces in World War I, and eventually returned to Chicago to enroll in the School of the Art Institute. He finally settled in Philadelphia, and while working at various day jobs, developed his career as a painter and printmaker depicting African Americans and African American life.

During the Great Depression, Thrash worked in the Federal Art Project within the Works Progress Administration. As the first Black artist at the Fine Print Workshop, he worked with two others to develop the carborundum mezzotint process in which a carbon abrasive is used to etch a copper plate. The process produces subtle gradations of gray and black that became integral to Thrash’s style.

Information on the project is available here.