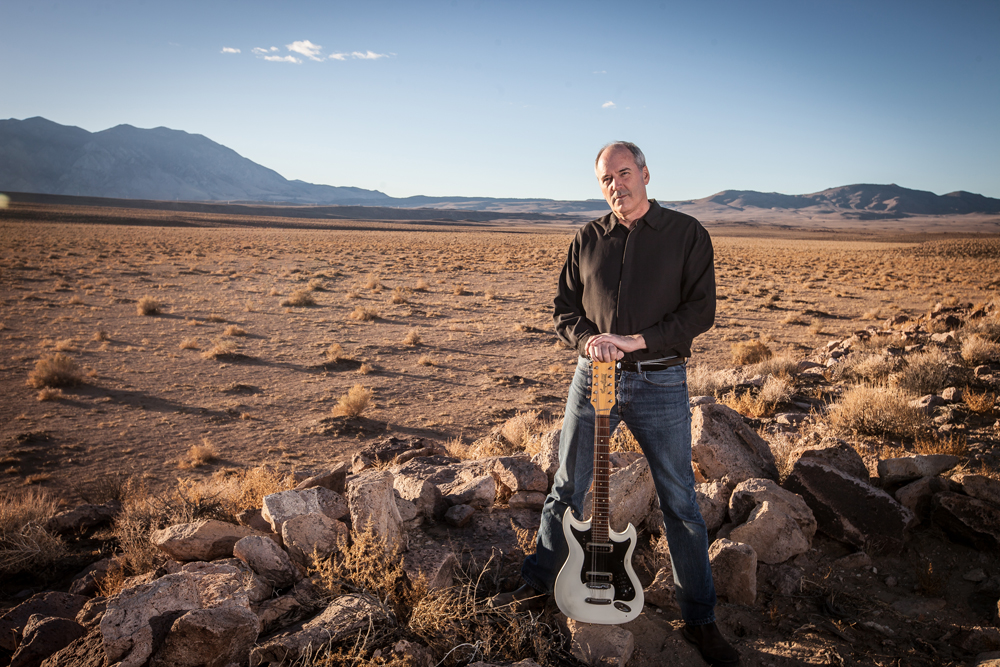 Sun, Nov. 8 | Bruce Licher is a deservedly-revered and influential printer/designer/artist/musician whose book, Savage Impressions: An Aesthetic Expedition Through the Archives of Independent Projects Records & Press, was released earlier this year by P22 Type Foundry.

P22’s Richard Kegler, who interviewed Licher for this event, is a big fan of his work, and the two have collaborated on the packaging for P22 digital type. Kegler steered the conversation away from Licher’s general history (well-covered in Savage Impressions) to focus on details of interest to the audience of letterpress printers. While attending UCLA, Licher studied fine arts with conceptual artist Chris Burden and took his first letterpress class with Susan King at Los Angeles’ Women’s Graphic Center. Audience questions (printers always want to know about equipment!) revealed that Licher’s early experiences at the WGC involved a motorized Chandler & Price press. He never tried a treadle-powered press until 20 years later.

Despite studying fine arts, Licher “wanted his art out in the real world, not in a limited gallery environment.” The first album by his band, Savage Republic, on his label, Independent Project Records, allowed him to tread the line between art and commerce. When asked about this conflict, he replied, “I didn’t think about it, I wanted to make art, my record label was my art. I wasn’t a painter or illustrator.”

Admitting that he “certainly bought [records] because of the package and was pleased [when] the music stood up to the package,” Licher used letterpress printing to “create a record that would stand out in the bins.” His first pieces used chipboard salvaged from his day job. He continued to use the material, finding it aesthetically satisfying as a neutral medium to apply both lighter and darker colors.

As Independent Project Records’ catalog grew (featuring relatively few releases, but many wildly different–and collectible—versions), Licher found excuses to print all sorts of ephemera; flyers, tickets, invoices, postcards, and stationery for the label. Of particular interest were his “customized” bulk-rate stamps, a daring gimmick he “got away with” for a year or so. When the post office politely asked him to stop hacking stamps, Licher continued to create commemorative postage, incorporating postmarks and postal selvage as design elements, which became another hallmark of his work. This attention to carefully-considered packaging and bonus ephemera (“lagniappe,” as Kegler described it) kept the mail order re-orders coming.

Despite the relative success of the band and label, Licher eventually took on more outside work to make ends meet, saying, “people wanted me to design something and put my stamp on it.” He borrowed money to rent space and started buying equipment and type. Much of his type came from Los Angeles’ Bell Type Foundry, run by Harley Bell and his elderly mother. Bell was buying up type from local printers (clearing out their metal type for new technologies) to melt it down for reuse but set aside interesting fonts for Licher.

This outside work sometimes presented a conflict to Licher’s fine-art interests, but it paid the bills. Licher “wasn’t sure if I was diluting my art to make a living, but it was necessary, so I would do it as best I could.” Working with corporate clients was sometimes frustrating, but working directly with bands who gave him complete control (As R.E.M. did with their series of fan-club singles) was more rewarding.

Asked about his archives, Licher admitted he was sloppy about it early on, and he couldn’t find a copy of his first WGC postcard for the book. He eventually started putting five copies of everything in a box. Preparation for the book began with sorting through 35–40 disorganized boxes, finding that some of the paper and materials he’d used were already fading, toning, or staining.

With the book now available, Licher sees revived interest in his work, including a new distribution deal for Independent Project Records to release (carefully-repackaged, of course) reissues, archival recordings, and new music from his current musical project, “SR2,” with a track featured on the LP included with the deluxe edition of the book.