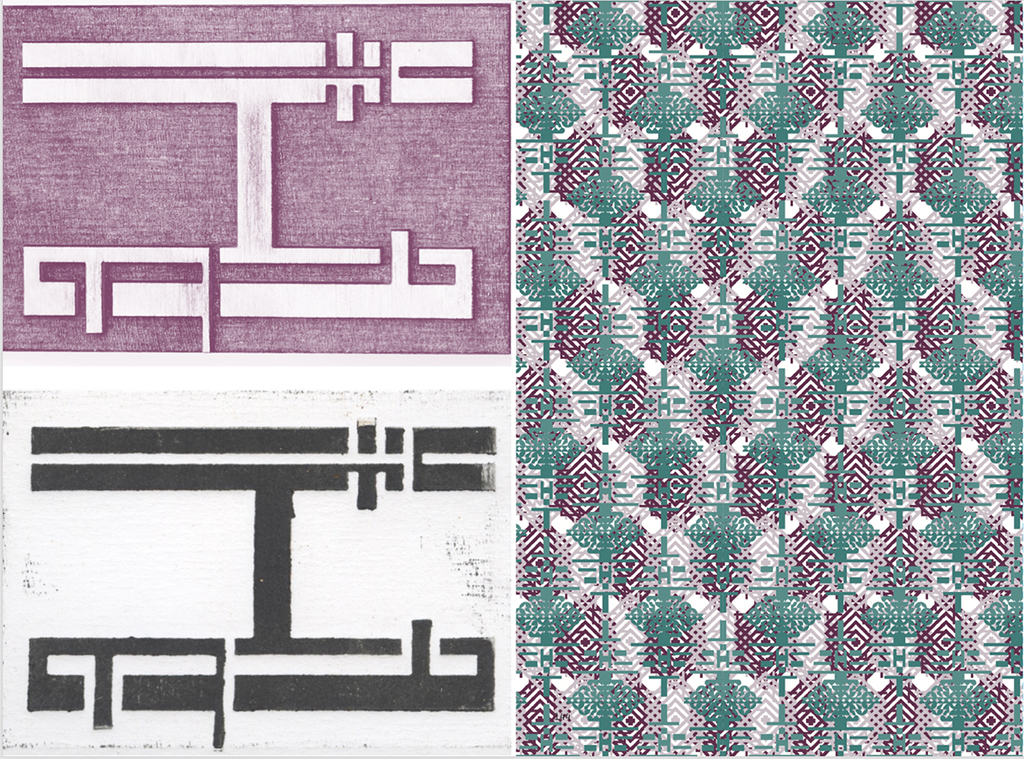 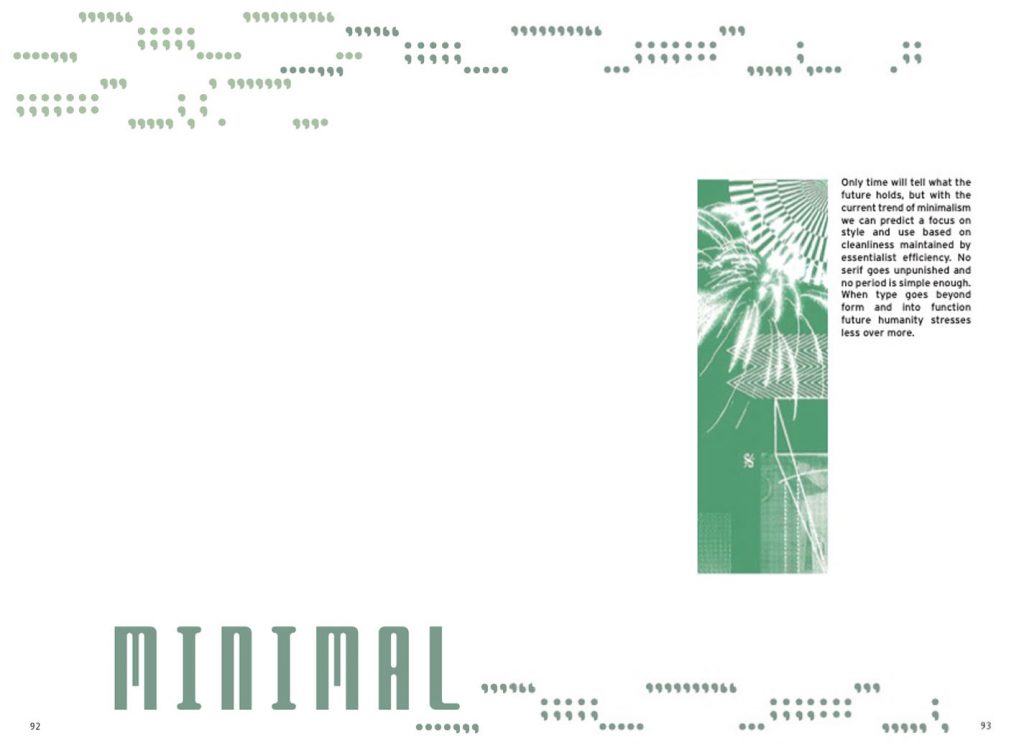 Details from “Through This Lens: Composing The Source” [top] and “UNI Combining Form” [bottom], 2018. A mutually dependent 460-page introductory student project by first-semester graphic design students, developed and led by Chioffi and McMahon, at the School of Art, University of Arkansas.

Sun, Nov. 8 | This Sunday-afternoon panel discussion focused on two student projects involving experimental typography, the role of collaboration in artist books, and the work of the artist Lesley Dill.

As described by Bree McMahon, the first project involved a tête-bêche monograph produced by sophomore design students. Students were divided into two cohorts, each group designing one side of the book. The project included research, writing, layout, and type design. A new typeface was created and developed using digital and analog techniques including sketches, FontStruct software, 3-D printing of type sorts, and traditional printing. The project combined the tactile and hands-on experience of type design and printmaking with the digital elements of book design, with the professors serving as “clients.” The final book was produced digitally, with each student receiving a copy. 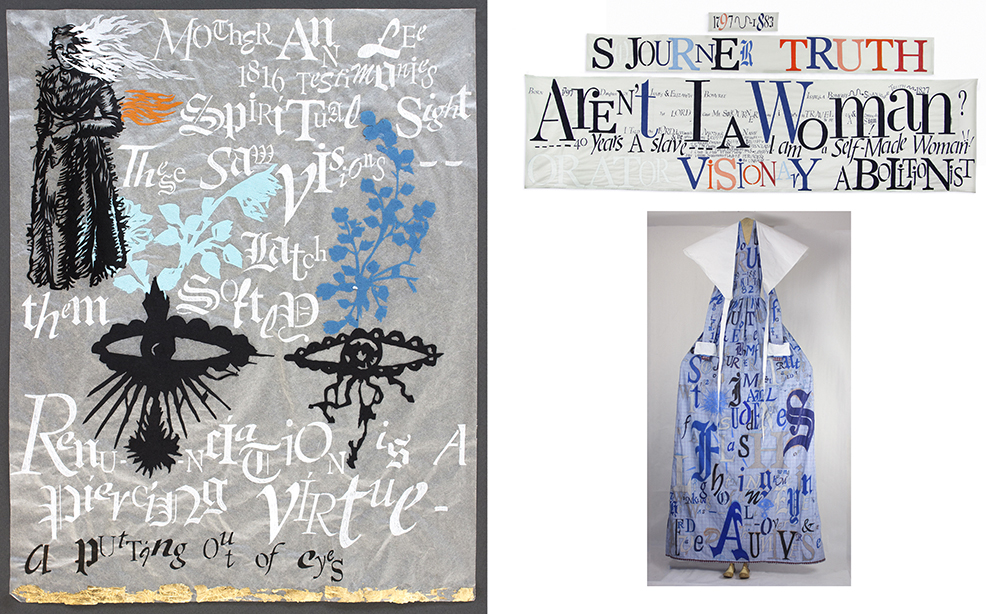 The second project discussed was a 2014 collaboration with Lesley Dill, an artist who examines the text of poetry (most famously that of Emily Dickinson) via printmaking, sculpture, installation, and performance. For Dill’s 40th birthday, her mother gave her a book of Dickinson’s poems, which immediately inspired her to take a new direction in her art. She says Dickinson’s “words had wings, through my eyes and down my throat like electrical blue hummingbirds.” As a visiting artist at the University of Arkansas in 2014, Dill presented various exhibits and performances of her work on campus. 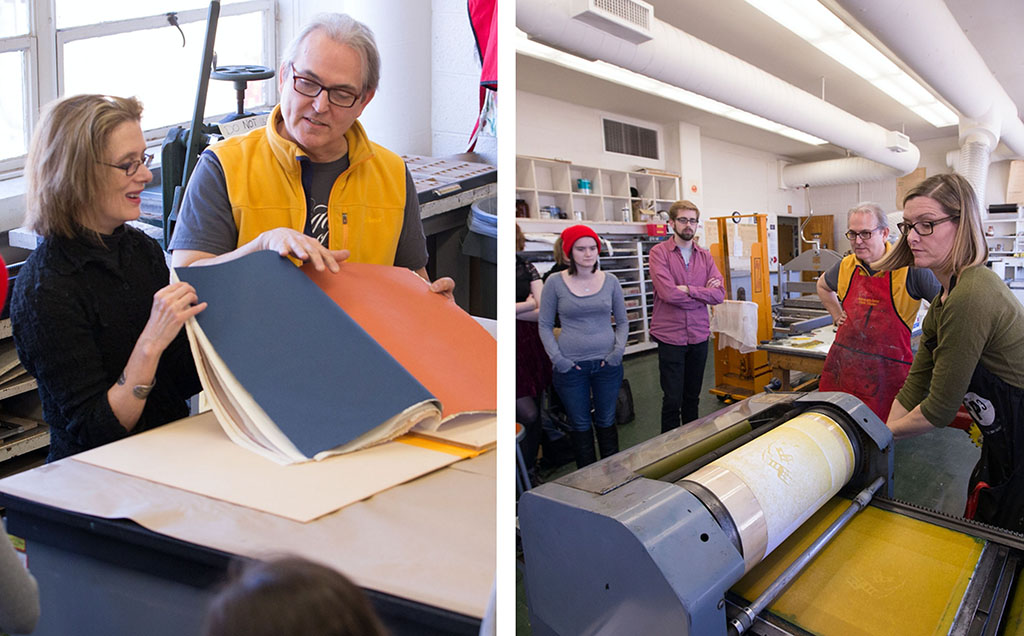 The student project, titled “Swoon: From Beauty to Catastrophe,” directed students to collaborate in pairs, matching a fine-arts student with a design student. Each pair designed a book merging type and image, inspired by Dill’s work. Dill was impressed with the students’ response to the rigor of their professors (whom she described as “intense” and “strict.”) Dill and the professors encouraged students to investigate every possible direction and break away from expectations. The students came to see the project as a voyage, a narrative rather than a “story on a page” or a “frame representing information.” Chioffi described the project as “book-as-playground.” By the accounts shared, it was a dramatic and emotional journey, where students “started out confused” and unsure of their role as “half-a-person” in a two-person collaboration, but the “relationship of mist and fog and synchronicity” eventually served to unite the two students, leading to a breakthrough as the writing and visual elements began to merge. The books were presented at an exhibition on campus, opening night ending with an emotional receiving line of professors congratulating students.