Session IV, Panel 1. “Print paper ought to be as free as the air and water”: American Newspapers, Canadian Newsprint, and the Payne-Aldrich Tariff, 1909–1913,” presented by Geoffrey Little ¶ “Forest/ Trees/Paper /Documents: Proposals for Papermaking at the U.S. Government Printing Office,” presented by George Barnum. 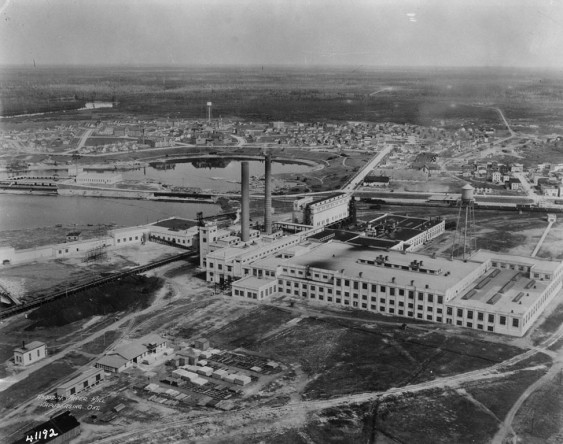 This session brought together the serendipitous pairing of Geoffrey Little and George Barnum for a panel titled Twentieth-Century Paper in Circulation. Paper played a key role in debates over U.S. tariffs and the growth of the U.S. Government Printing Office (US GPO). Papermaking thus became an important point of engagement for working out tensions between robust cultural discourse, government publication and commercial opportunities for profit. The two well-researched presentations highlighted how manufacturers, politicians and government officials negotiated the meaning of papermaking in a capitalist republic with an increasingly strong central government.

Geoffrey Little detailed political rhetoric surrounding the importation of paper and pulp in a sphere closely related to political expression, as well as the unintended consequences of tariff legislation. The literature related to Canadian and U.S. newsprint, wood pulp and pulpwood duties is surprisingly thin, and his analysis of the economics and political rhetoric in tariff relations between the two countries promises a strong contribution to papermaking history.

The Payne-Aldrich Tariff Act of 1909 embodied compromise and ignored evidence of growing Canadian nationalist sentiment. Starting as an effort to lower tariffs, the bill for presidential consideration tacked on protection for various items, with a clause initiating spikes in duties if Canadians asserted a tariff response. And of course, that worst-case scenario happened – with an ensuring reaction that led to revocation of the tariff in 1913. The Canadian pulp and paper industry traces its “birth” to the ending of the Payne-Aldrich Tariff. When barriers fell, American capital and companies hurried north, vitally boosting Canadian export capacity. 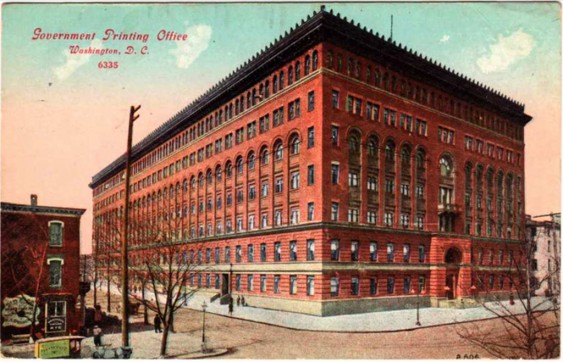 The U.S Government Printing Office as it looked in 1921.

George D. Barnum traced the vision of vertical integration fostered by two leaders of the institution in which he works. George H. Carter and Augustus E. Giegengack led the largest American printing operation during their terms of service as Public Printer for the U.S. Government Printing Office, with Carter from 1921 to 1934, and Giegengack succeeding him until 1948. Though men of quite different temperaments, both envisioned the US GPO as its own universe of employee welfare and source-to-print production.

Carter modernized and expanded the organization, turning to paternalist relations and scientific management to redefine workflows. He leveraged the statutory formula for calculating charges, directing surpluses achieved by greater efficiency to plant improvements and employee welfare initiatives. The US GPO produced a host of components, from ink to marbled paper and furniture to machine part replacements. The federal government controlled forest land, transportation systems, and its own printing. A mill to complete the vertical integration seemed quite logical to many, with the benefit that the US GPO might explore production with alternative fibers, advancing the industry.

Support for that idea arose due to egregious price hikes by manufacturers in 1922 and as war began in Europe, with the outright refusal by almost all manufacturers to bid on US GPO contracts in 1946. Nevertheless, neither leader achieved the goal of a government mill. Barnum outlined suggestions of what might have been, had the specter of market competition between the US GPO and the private sector not dismantled the plans.

Barnum expertly responded to questions about gender, labor relations, and race in the US GPO workforce, as well as about how digital publication has affected the agency’s operations, rounding out a neatly paired session.