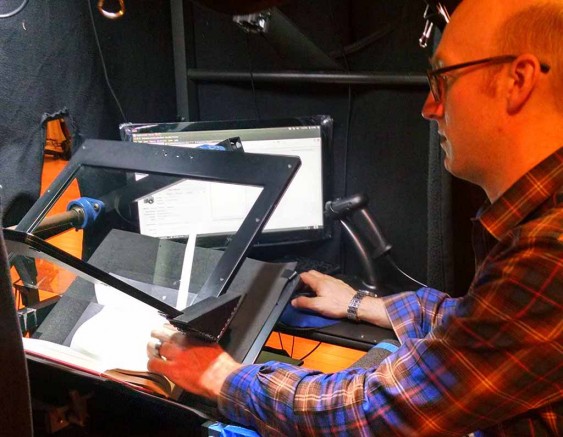 We walked up to the imposing building on Funston Street in San Francisco adorned with tall Greek columns, wondering how this could be the home of the digital empire called the Internet Archive. Formerly a Christian Scientist church, this classical edifice was repurposed as a repository of knowledge, free to everyone. Founded in 1996, the Internet Archive is a non-profit, digital library which provides free access to a combined eleven million texts, audio recordings and live music concert recordings, plus 435 billion web pages. In addition to developing their own collections, the Archive is working to promote the formation of other Internet libraries in the United States and elsewhere.

Two tours had been planned, but a third was added because of demand by conference goers. (Hosting around twelve events a year they are always looking for volunteer ushers.) I was lucky to have the founder, Brewster Kahle, as our tour leader, who said that the building so resembled his original logo that he had to buy it. After refreshments at the entry, we gathered in the main auditorium, where three towering servers whirred in an alcove, collecting and disseminating information. Many more churned in a downstairs area.

Brewster fairly leapt in the air with excitement as he explained the Archive’s mission and hailed his remarkable team. Describing himself as a nerd, he proudly pointed out two walls: on one was a grid of nine numbers representing part of the value of pi, and on the other was another grid representing the value of e. Just to test Brewster’s nerdiness, I asked him what is the value of e to the iπ. He immediately answered: “-1.” Now that’s a nerd! 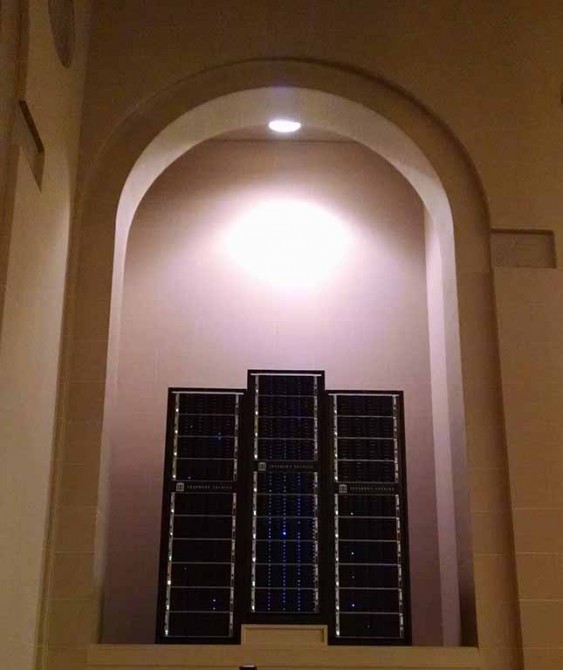 Kitty Maryatt is Director of the Scripps College Press and Assistant Professor of Art at Scripps College in Claremont, California. She has taught Typography and the Book Arts at Scripps for 28 years. Kitty owns Two Hands Press where she designs and prints books and produces bookbindings for clients as well as continuing her calligraphic work, and also makes her own one-of-a-kind books. Kitty is on the Board for the College Book Art Association and is a founder of the Society for Calligraphy in Los Angeles. She was APHA's Vice-President for Programs (2010-14) and wrote the article "Experience Gutenberg Project: Printing Beorum II at the Scripps College Press" in Printing History, New Series Number 1 (January 2007).

Tour of Magnolia Editions Fine Art Print Studio by Lisa Dunseth. “Magnolia Editions, 2527 Magnolia Street, Oakland CA Because this year’s conference celebrated both printing and papermaking, there were many possibilities for connections between people with…”

2014 Conference Update by Sara T. Sauers. “A roster of speakers guaranteed to promote lively discussion among colleagues both old and new has been assembled for APHA’s 2014 Annual Conference, Paper on…”