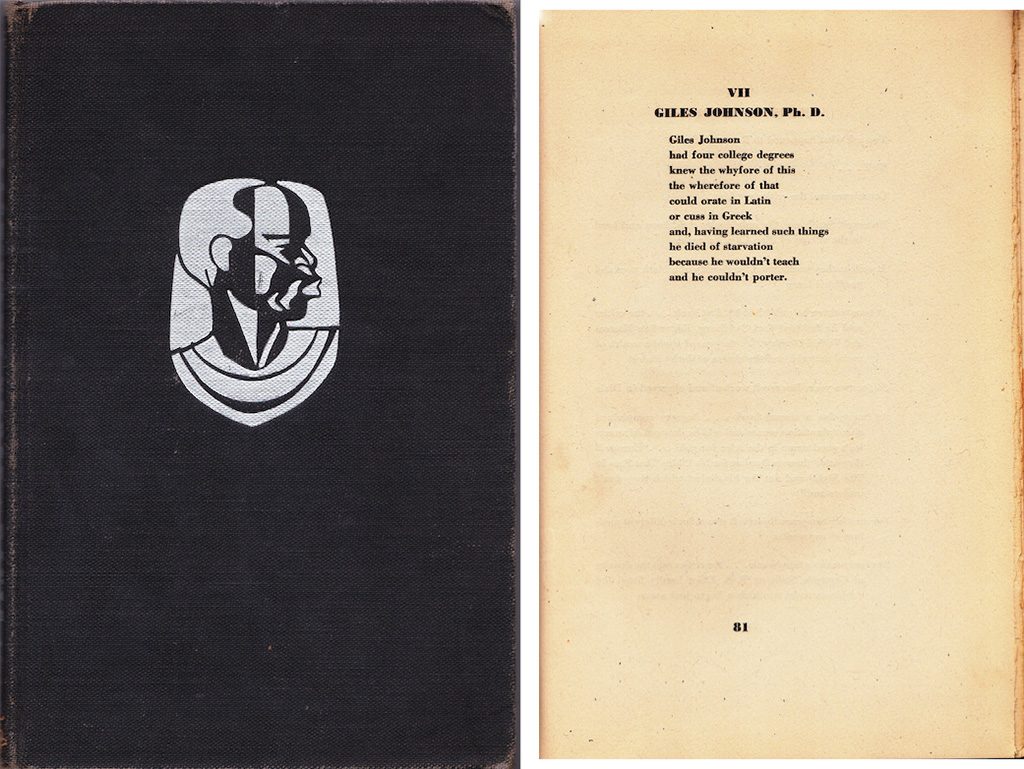 Sat., Oct. 26 | Kinohi Nishikawa began by showing an image of a marbled black and white slipcase from a 1935 Frank Marshall Davis fine press edition. He used this object to pose questions about the contents it would hold, asking how viewers would perceive the value of those contents.

Professor Nishikawa went on to illustrate the ways in which Davis’s poetry moved across lines of gender, race, and class, beginning with his professional and personal relationship with Frances Norton Manning. He posited that to understand the 1930s fine press books of Davis’ poetry, we must consider that Manning’s role as his wealthy, white, female patron created context for these works that differ greatly from his 1940s social realist book, 47th Street. He pointed out that their relationship of patron and artist “extends the Miss Anne discourse to the Chicago Renaissance” rather than having existing solely in 1920s Harlem.

Nishikawa then discussed how Davis met Norman W. Forgue of Black Cat Press through Manning, and this meeting led to three fine press volumes of Davis’ work through Black Cat, distinguished from 47th Street by their modernist design as well as their content. 47th Street collected poems from the Black Cat editions with others, creating new context for old poems through their different pairings. He concluded by connecting Davis’ change to social realism in presentation and context to the direct influence of Gwendolyn Brooks’ 1945 book A Street in Bronzeville, published a few years earlier.

Mia D’Avanza is Head of Circulation at the New York Society Library and a visual artist. Her research interests include the history of the book and printing, natural history, and modern and contemporary art. She is co-editor and contributor to Frida Kahlo’s Garden, the catalog accompanying The New York Botanical Garden's 2015 exhibition FRIDA KAHLO: Art, Garden, Life.