W.J. Ibbett’s handwritten bookplate on his personal copy of his first book, Poems by Antaeus, 1889. Photo of Ibbett adhered to the frontispiece position of the same copy. (Norman Colbeck Collection, Special Collections, University of British Columbia)

This fascinating session presented by Casey Smith and Haven Hawley (with Heather Smedberg as her surrogate) could have as well been named, “unsolved mysteries.”

Casey has scoured special collections libraries around the world to make an intriguing case for the possibility that one W.J. Ibbett just might be the infamous Victorian serial killer  Jack the Ripper. Casey tied bizarre incidents in the life of this unremarkable English postal worker, poet and self-taught printer to a violent interpretation of his tellingly antisocial, misogynist behavior.

The bibliographically important facts of Ibbett’s work with fine presses such as Chiswick, Shakespeare Head, High House, and Pear Tree ensure that his poetry will continue to be collected despite its absolute lack of artistic merit. The fact that Ibbett could claim the esteemed Beatrice Warde as a supporter also ensures his entry into the history of small press publishing. Warde wrote an adoring preface to a book of his poetry under her pen name, Paul Beaujon, and went so far as to suggest that the quality of his writing was such that her pedestrian introduction did not deserve to be bound with his polished leaves and asked that it just be slipped into the volume instead.

I haven’t the space here to respond to Casey’s outrageous suggestion that this peculiar poet who exhibited characteristics of the psychosexual disorder piquerism might could share this condition with other particularly obsessive artists of the book! 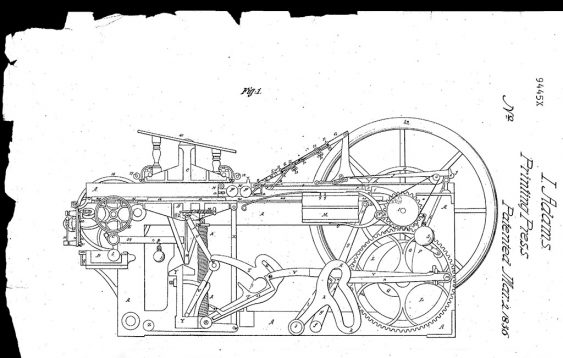 Haven Hawley’s research on the life of William Berry (aptly presented by APHA SoCal member Heather Smedberg) also opened historical files whose mystery remains enticing. Haven introduced the fascinating story of a charlatan, who developed a successful publishing business with a tabloid gossip sheet, Life in Boston, and then left this enterprise to invent a publication for readers of a more highly educated group which included Quakers, Transcendentalists, and Unitarians. This glimpse into the mysterious history of spiritualism and its leading journal Banner of Light piqued the curiosity of the audience. Her impressive research into the machinery and processes used to print these newspapers raised more curiosity.Haven’s examination of gripper marks on surviving copies of these periodicals revealed that they were most likely printed on the Adam’s Power Press, a once ubiquitous early steam-powered press which has unaccountedly disappeared from the censuses of historic presses.  Haven’s detailed understanding of nineteenth-century printing technology was impressive and opened windows on further questions which need pursuit.

Josef Beery is a book designer, letterpress printer, and educator. His most recent enthusiasm is designing a table-top-size working common press for educational demonstrations.  As of 2022 he is  APHA's Vice President for Publications.