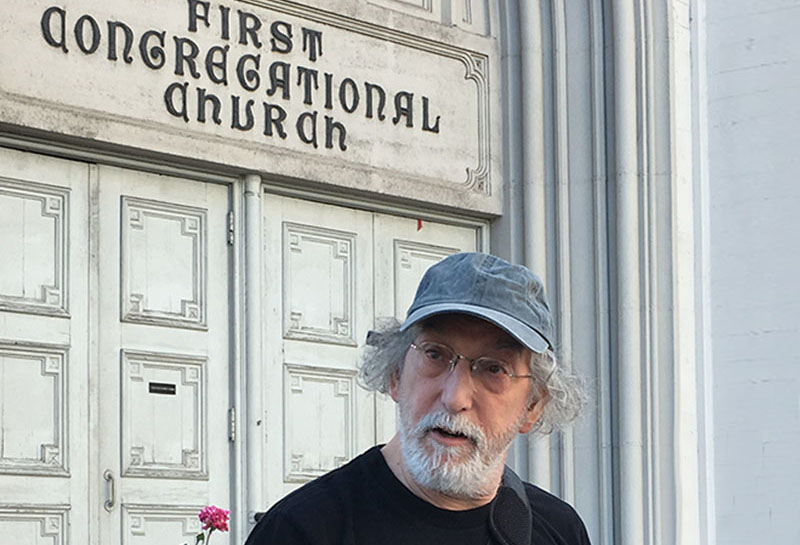 Paul Shaw discusses the versal letters with uncial features behind him at the First Congregational Church in Old Pasadena. (Barbara Hauser)

Paul Shaw led fifteen conference attendees on a three-hour, two-mile walking tour of Pasadena, just northwest of San Marino where the Huntington is located. The tour focused on Old Pasadena, the city’s original commercial center. Much of its rich architectural heritage has been preserved thanks to strict city guidelines for renovation in this historic district.

There are many places where lettering from the past still remains. Mr. Shaw pointed out numerous examples of “ghost signs”—remnants of businesses no longer in operation, such as a theater, a photography studio, and a mattress works. Most of these signs were hand-painted on brick walls characteristic of the area and left to chip and fade until some of them are barely perceptible today. 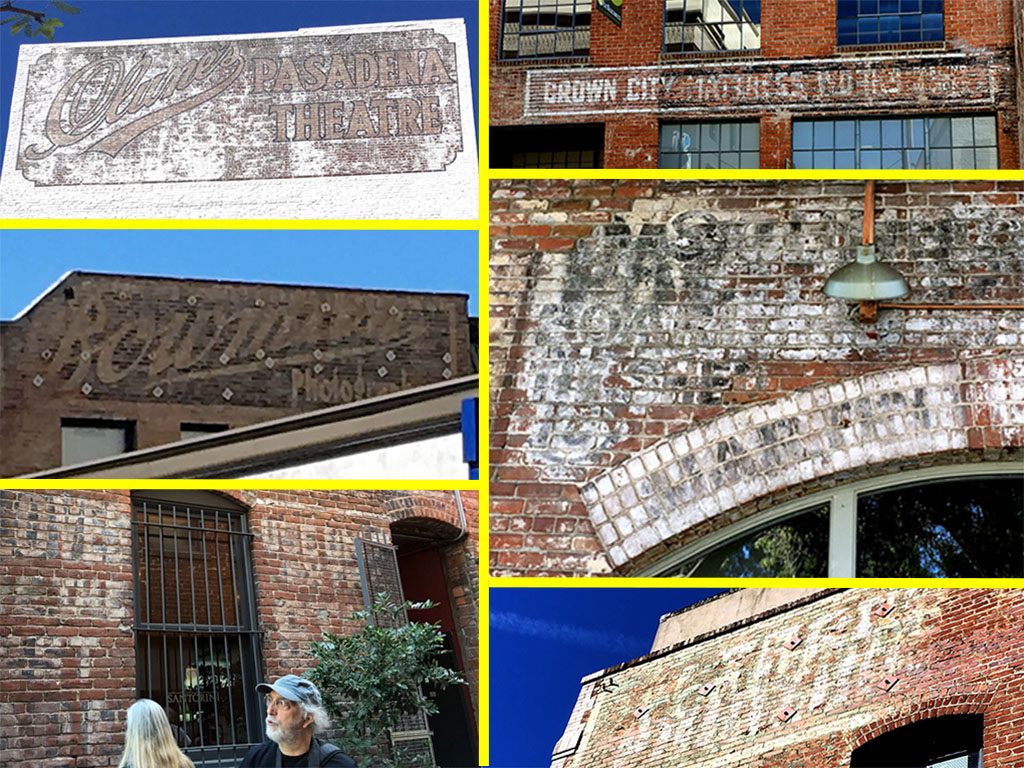 Other signs have fared much better, particularly those in mosaic tile at the entryways to erstwhile businesses such as Potts Business College on Union Street (now law offices) and the Owl Drug Company on Colorado Boulevard (now a J. Crew store). Some contemporary businesses have honored the legacy of their predecessors by creating entryway mosaics of their own, such as Lucky Brand Jeans at 112 West Colorado. 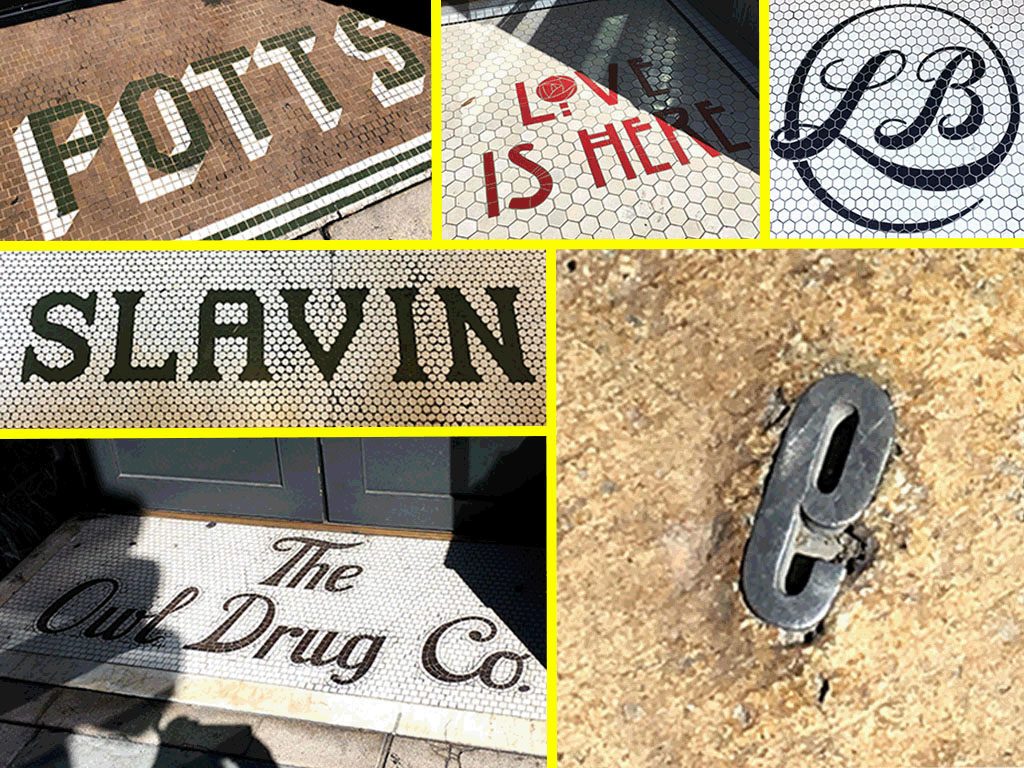 Mr. Shaw acquainted the group with the diverse lettering styles in current use, from the uncial face at the First Congregational Church to the neon script of Russell’s restaurant. He commented on the finer points of typography such as the misplaced crossbars on the classical lettering at Pasadena’s City Hall, the poor letterspacing at the Telacu Courtyard Apartments, and the anachronistic Roman points at the Pasadena Humane Society. 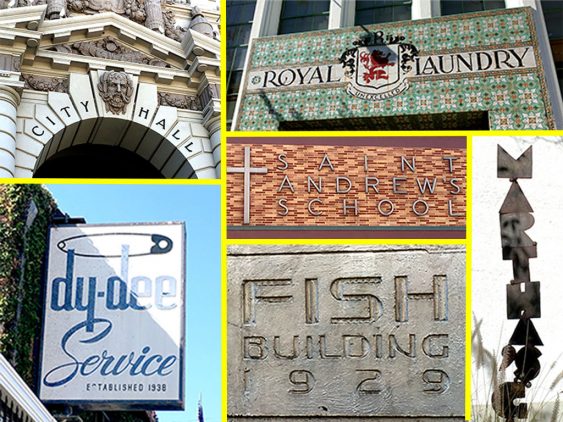 The walking tour ended at Art Center College of Design’s Archetype Press. There Director Gloria Kondrup served lunch and displayed treasures from the working press’s large collection of rare American and European foundry type. She also brought the group next door to visit the new Hoffmitz Milken Center for Typography, which hosts workshops, classes, symposia, lectures, exhibitions, and residency programs. Group members were invited to print a keepsake on one of Archetype’s Vandercook presses. One of the teaching assistants had carved the conference logo on a linoleum block for the project. 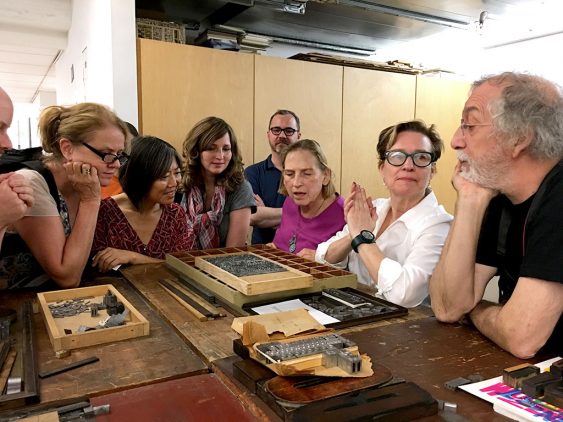 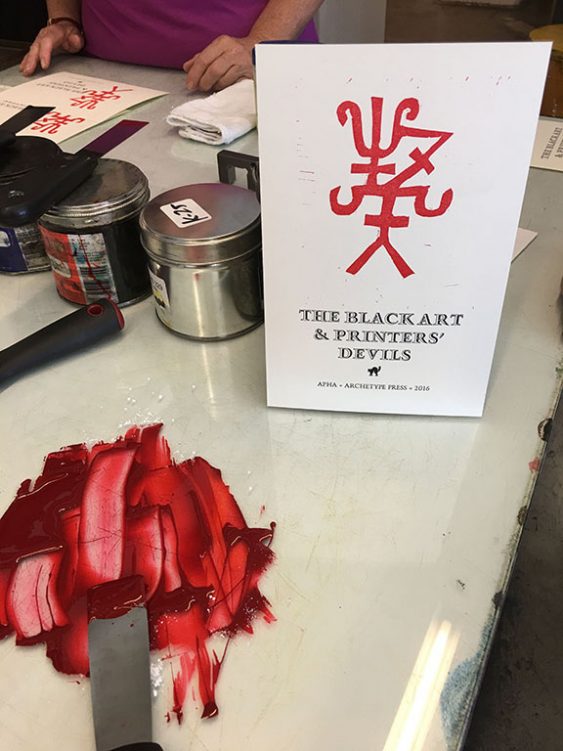 Since 1972 Barbara Hauser has been a professional bibliographer, editor, and writer in both the academic and corporate worlds. She also has been an amateur photographer, watercolor artist, and book and graphic designer. Since 2007 she has been a letterpress printer and active APHA-SoCal member.