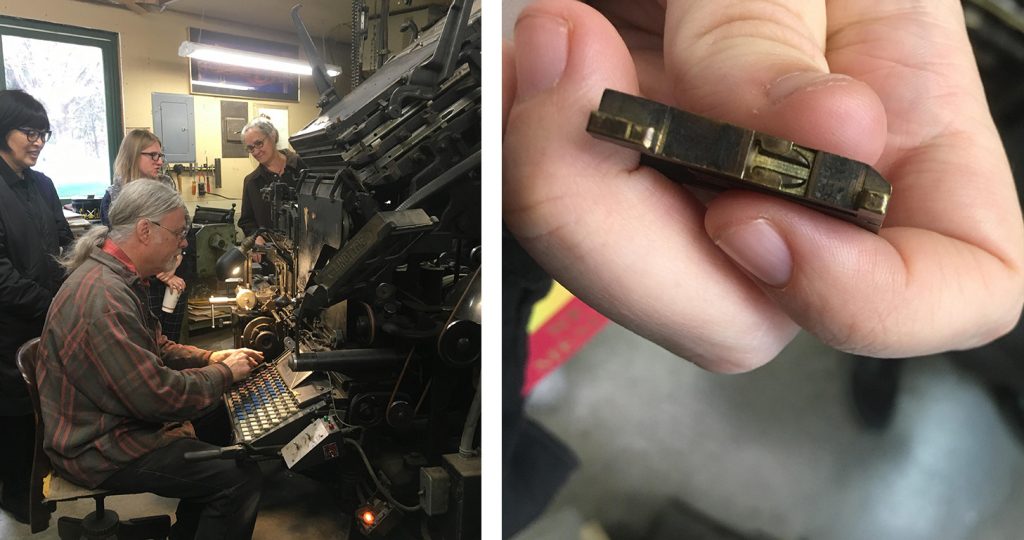 Tim Fay welcomed us into his shop in Anamosa, IA where he prints the Wapsipinicon Almanac. He’s been producing this 160-page, letterpress-printed publication featuring essays, fiction, and reviews since 1988. Before we arrived, Fay was working on the 25th and final volume of the  Almanac (published bi-annually in the 1990s). While he plans to continue printing under the Route 3 name, as he’s done since 1977, from here on he’ll focus on smaller projects.

The printshop, attached to the back of Fay’s house, which he built on his family’s farm, is packed with antique equipment, much of it acquired from a local monastery. Our tour group watched Fay demonstrate setting and casting  type on his Model 8 Linotype,  and  afterward the operation of his 21 × 28 Miller 2-color flatbed-cylinder press. According to Fay, it’s a rare machine. The only other one he knows of  is at Arion Press in San Francisco.

Other equipment housed at Route 3 Press include an old style 10 × 15 Chandler & Price platen press, a V-45 Miehle Vertical cylinder production press, and a Challenge 15 MA flatbed-cylinder proof press, as well as a guillotine and a folding machine—all of them in top working condition.  Fay mentioned that when troubleshooting the Linotype he confers with a local, former linecasting operator. With operator manuals close at hand, he emphasized the importance of having an informed relationship with ones’s equipment and treating them with care. 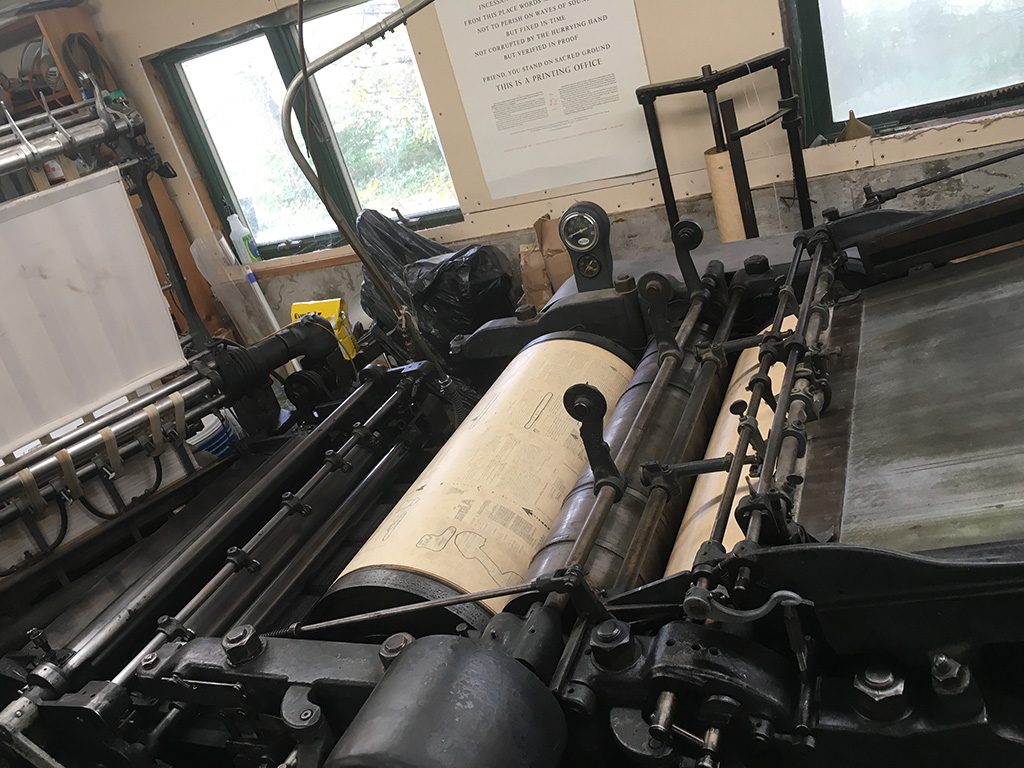 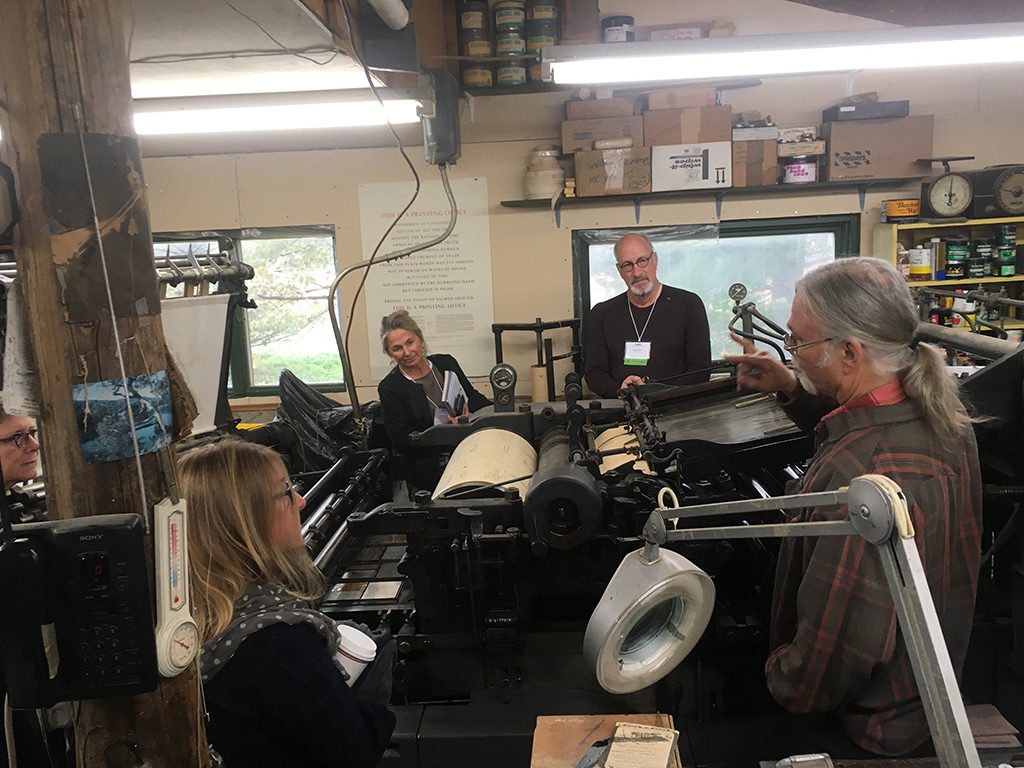 Isabella Myers has a BFA from the School of the Art Institute of Chicago in Printmaking. She is an MFA candidate at the University of Iowa Center for the Book and resides in Iowa City, IA.