Extending the upcoming 2017 APHA conference’s theme beyond North America, one can say that Arabic printing, in its early history, was not “Good, Fast, and Cheap.” It was quite the opposite. In spite of that, the technological and material limitations around which early Arabic printers worked prompted the search for innovative and unusual visual solutions to technical problems. Before turning to a couple interesting examples, a little should be said about the history of Arabic printing in general, or, more importantly, how it is distinguished from that of printing in Europe and America. While Gutenberg’s revolutionary work heralded printing in the modern world and is typically credited with the subsequent proliferation of printed books that democratized knowledge production, Arabic-script book production in the Islamic world took a different path.

Although “oriental” presses in Europe printed Arabic books as early as the 1500s,1 it was not until the late eighteenth to early nineteenth centuries that Arabic printing became a widely used method for book manufacture in places like the Ottoman Empire. Before then, Islamic scholars, who served as both guardians of the faith and gatekeepers of knowledge production, copied books in regional scriptoria.2 For various reasons discussed elsewhere, printing was not embraced for bookmaking.3 Since few presses operated in the region, there were even fewer type foundries, machine replacements, and other materials and technologies needed to run and maintain presses. This meant that printing in Islamic societies (before the 1800s) was a marginal, elite, and expensive practice, where the earliest examples were produced by small, ad hoc presses set up or funded by wealthy benefactors in multi-confessional cities like Istanbul.4

The products of these presses were few and far in between, and different issues were blame. Setting Arabic type, with its numerous ligatures, vocalization marks, and at least four glyphs per letterform,5 involved a laborious composing and setting process, one that became even more difficult when type was deficient or needed to be replaced. Add to that the fact that press laborers were not usually skilled in this technology; many press employers/employees came from scribal backgrounds, and press workers usually learnt on the job and trained their subordinates accordingly. This meant that the business of Arabic printing was time-consuming and hardly ever cost-effective. Also, although the print quality of some of these works (like this one) was not necessarily substandard (when compared to western products) their visual qualities were certainly incomparable to those of their calligraphic, illuminated, and, sometimes, gilded manuscript counterparts (such as this book). This would eventually improve in the late nineteenth century with the introduction of technologies like chromolithography. Even so, printers at earlier presses found innovative ways around the letterpress technology’s limitations, particularly when it came to ornamental features and decorative devices.

One such print shop was the Beirut-based American Mission Press (AMP), of the Boston-based American Board of Commissioners for Foreign Missions (ABCFM) mission to Syria. The first publications that came off this press, which was established in 1834, aimed to emulate the visual conventions seen in manuscripts at the time.6 Manuscripts, for example, used illumination devices, akin to frontispieces and headpieces, called a sarlawh or ‘unwan. These were often elaborately hand-colored and gilded, to indicate the start of each book and its subsequent chapters (like the one seen in this sixteenth-century Mughal work). To recall these elaborate designs in their printed books, employees at this press creatively employed varied ornamental sorts, as well as punctuation marks, to create similar compositions. Looking at some of these examples (such as Fig. 1) you can see how a variety of glyphs were brought together to mimic the designs that readers would have been used to seeing in illuminated manuscripts. Other books show similar metal sorts used in different formulations, to create ornamental cartouche frames around headings (Fig. 2) or for the triangular tapering designs that indicate the end of a chapter (Fig. 3). Interestingly, these designs varied from one publication to the other, which shows that pressmen were taking the time to compose different headpieces for each work, rather than simply reusing previously set compositions. Despite the technological limitations of Arabic printing, the resulting products are rather visually unique and show how presses embraced an innovative spirit in spite of letterpress printing’s inadequacies at this time. 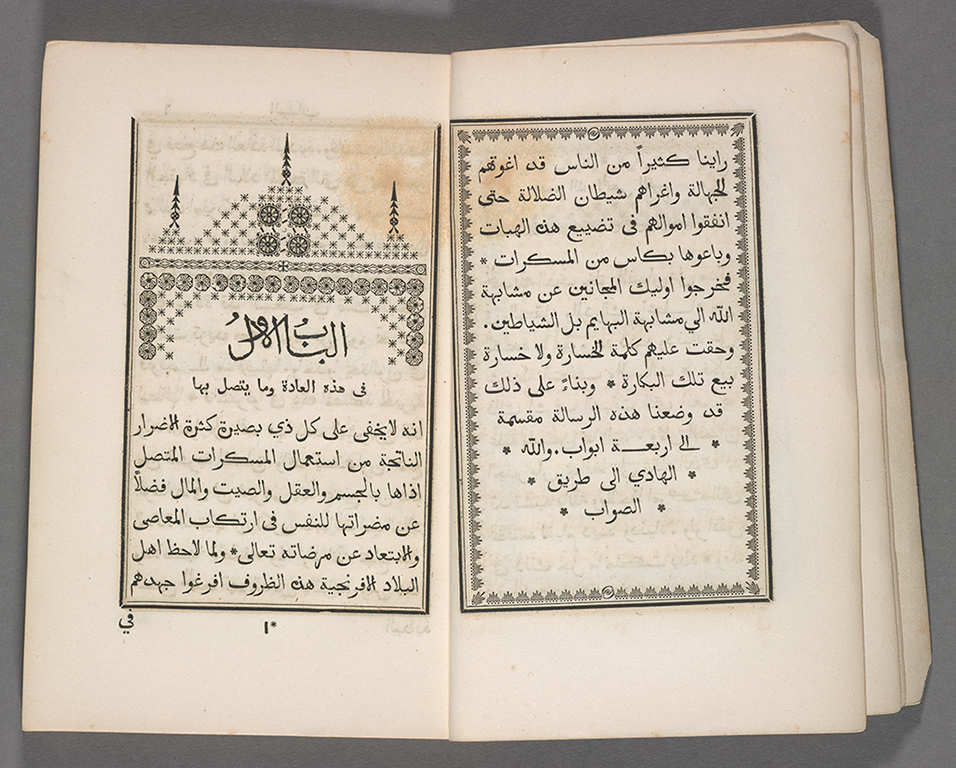 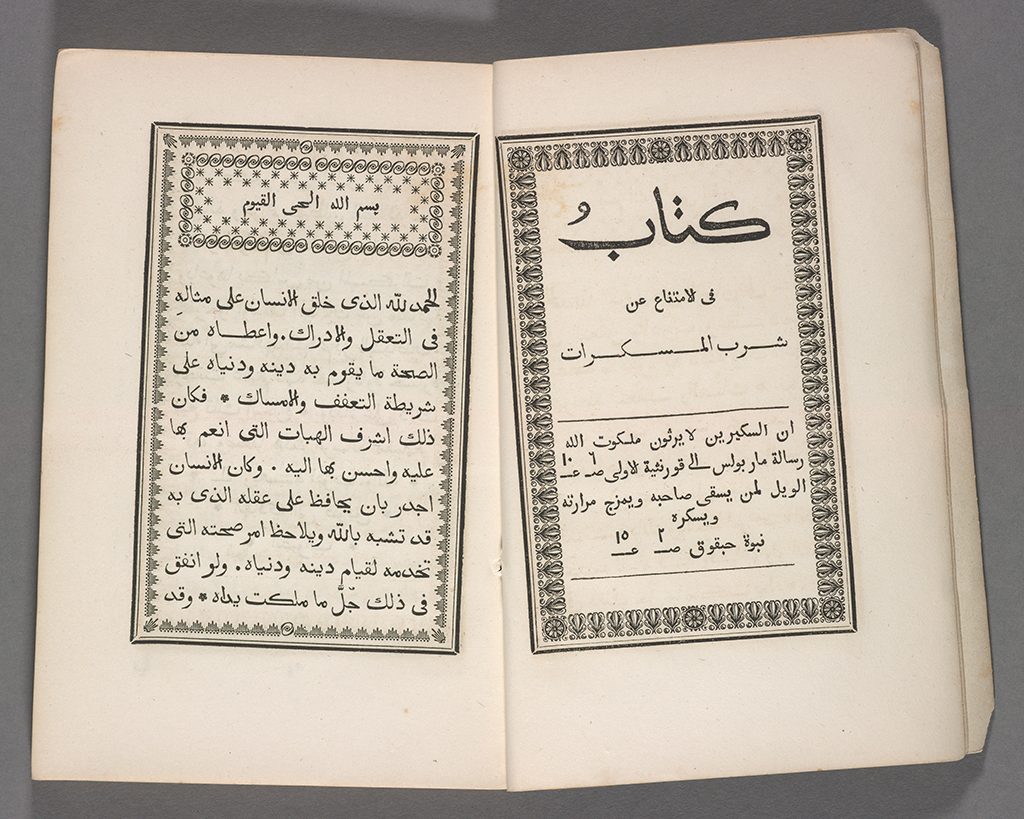 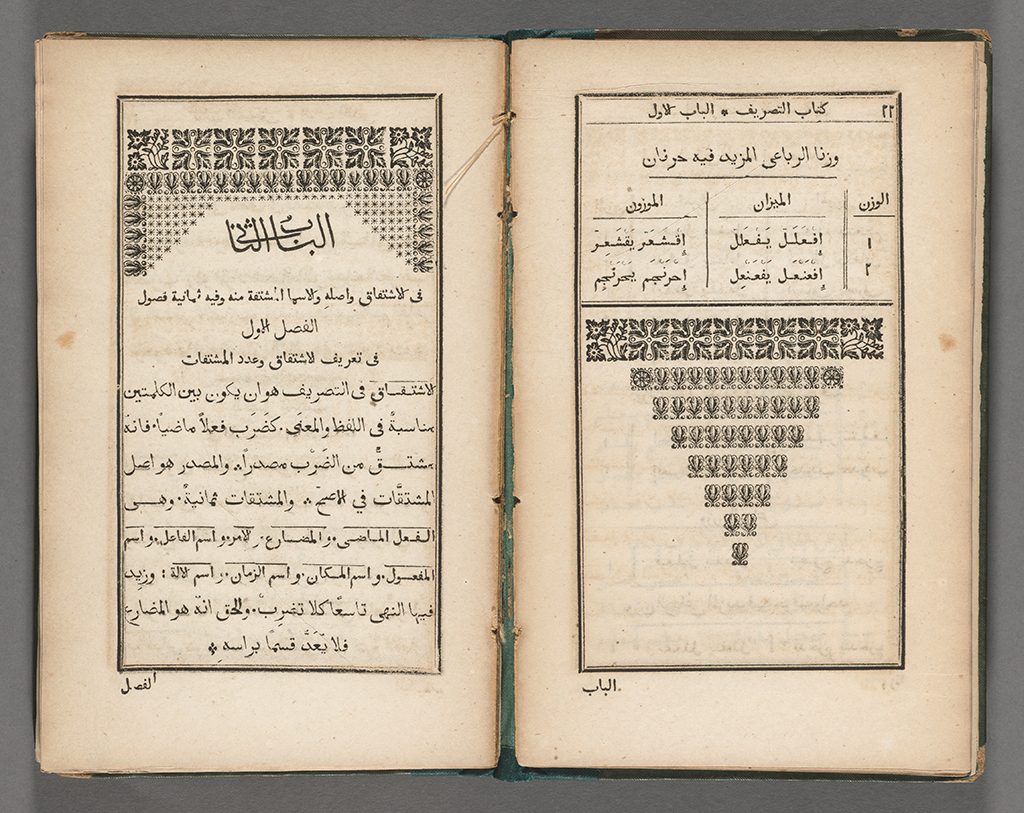 Hala Auji is an assistant professor of art history at the American University of Beirut where she teaches courses on the arts of the Islamic world. She is the author of  Printing Arab Modernity: Book Culture and The American Press in Nineteenth Century Beirut  (2016). Her current project "The Rational Image: Visualizing Science in the Arab Renaissance," explores the art, manuscripts and print culture of nineteenth-century scientific inquiry among the Arabic-speaking communities of the Late Ottoman world.

ISO: W.T. Littig Printing Co. by Site Visitor. “Via the contact form: I ran into this website while researching prints by W.T. Littig, a printing Co. In Brooklyn, NY in the early 20th…”