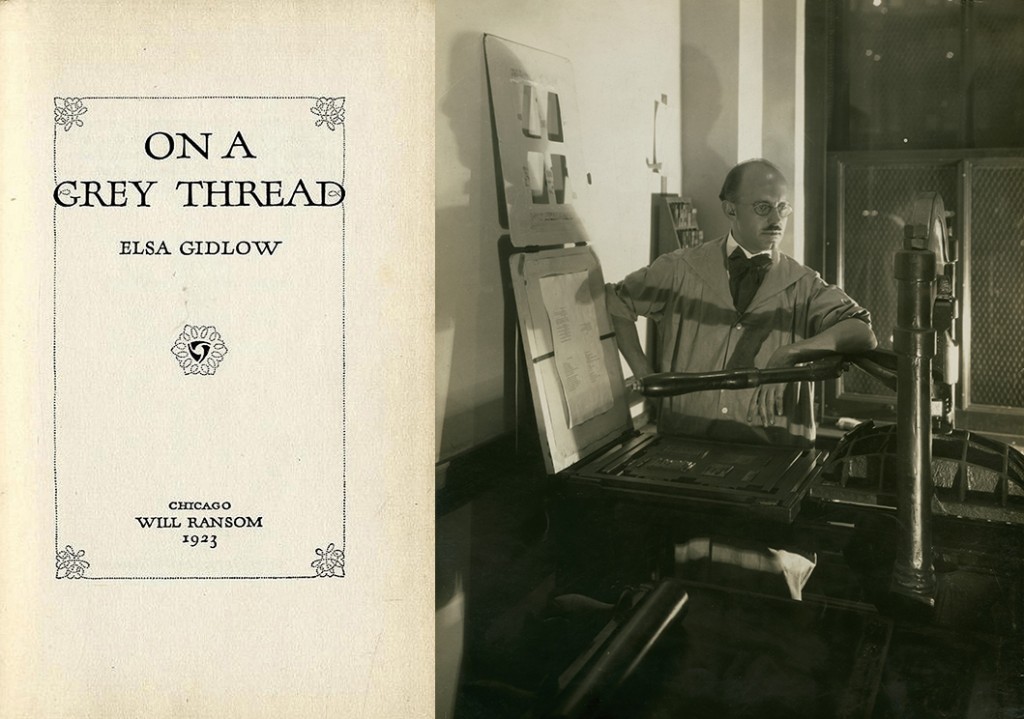 Title page, left. Will Ransom in his print shop, ca. 1925 (Courtesy of the Newberry Library)

Sometime in 1922, the Chicago printer Will Ransom bought space in Broom, a recently hatched expatriate literary journal. Ransom’s advertisement publicized “Will Ransom, Maker of Books,” a new publishing venture. The ad, which appeared in the March 1923 issue, announced a “private press issuing hand-made books in limited editions and presenting first appearances of contemporary authors.” Ransom named his publishing project a “Series of First Volumes.” According to Ransom, “since my province is not to write, I choose to serve as garment-maker to the literary children of those who do.” END_OF_DOCUMENT_TOKEN_TO_BE_REPLACED 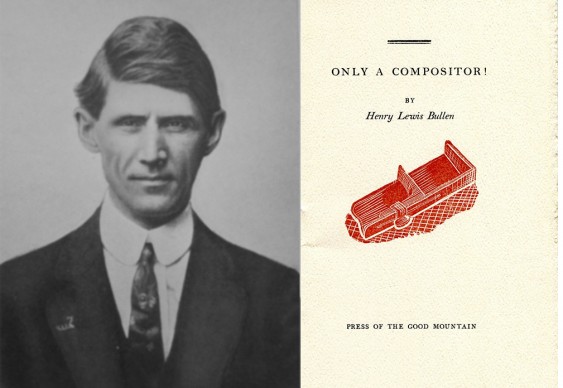 Left: Portrait photo of Alexander Washington Collins from The Inland Printer, May 1918 (courtesy of the Berkeley Updike Collection, Providence Public Library). Right: title page from Alexander Lawson’s Press of the Good Mountain edition of Henry Lewis Bullen’s, Only a Compositor, 1962 (from the author’s collection).

The Pittsburgh compositor Alexander Collins (1870–1918) was an ordinary printshop journeyman, never prominent, and he remains obscure. Collins, however, surfaced briefly in the early twentieth century, an appearance that gives us a glimpse at a tradesman’s world on the edge of change. Collins worked for a big-city commercial printing firm. His thirty shopfloor years overlapped those of nineteenth-century industry titans De Vinne and Hoe as well as an emerging group of differently distinguished printers such as Bruce Rogers, Will Ransom, and Dard Hunter. Exceptional twentieth-century printing was shifting from shopfloor to salon. Printerdom, a workplace culture filled with tradesmen like Collins, would change as well. END_OF_DOCUMENT_TOKEN_TO_BE_REPLACED 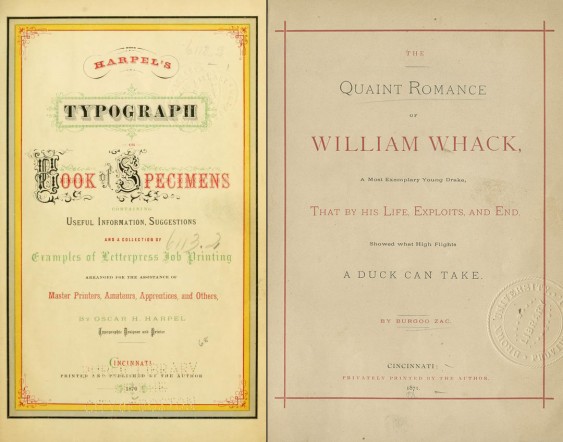 The Cincinnati printer Oscar Harpel produced and published Harpel’s Typograph in 1870. The Typograph was promotion piece, company advertising presented as a printing guidebook and an artistic sampler. It caused a splash among printers and made Harpel famous. On its strength, Harpel’s colorful presswork and ornate typography became “artistic printing.” Today Harpel’s Typograph fetches a high, and climbing, price in the rare book trade. END_OF_DOCUMENT_TOKEN_TO_BE_REPLACED 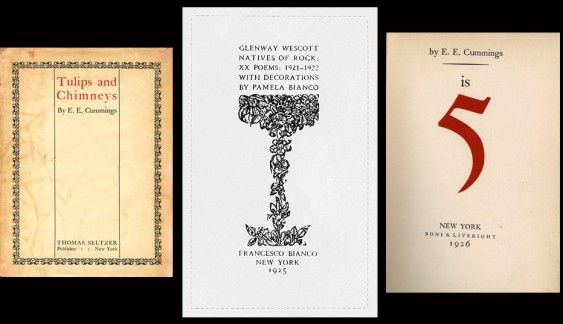 Samuel A. Jacobs was an American printer and a book designer. His work during the 1920s and 1930s placed Polytype Press and, later, Golden Eagle Press among elite modernist limited-edition printing establishments. Over those years, the American Institute of Graphic Arts selected a dozen of Jacobs’s books among its annual “Fifty Books of the Year.” Glenway Wescott’s Natives of Rock (1925) was one such book, the Covici-Friede edition of Chaucer’s Canterbury Tales (1930) was another. END_OF_DOCUMENT_TOKEN_TO_BE_REPLACED