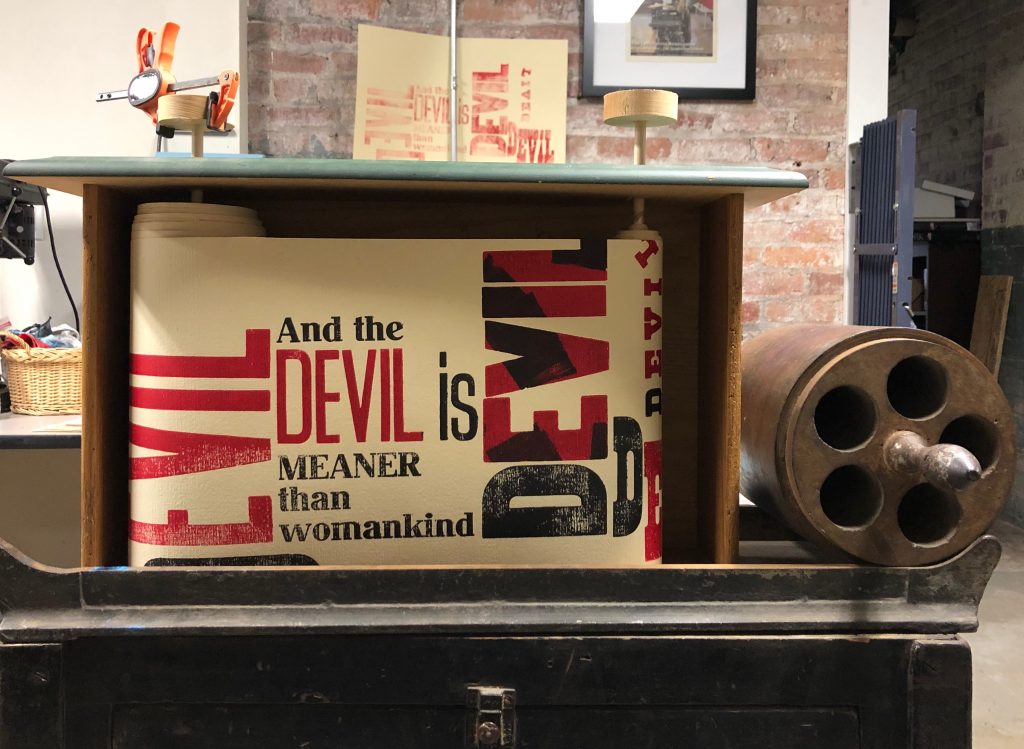 Fri, Nov. 6 | Catherine Schrenker’s irresistibly-titled talk involved “crankies” (or “krankies”)—either way, I was hooked from the start. Her work in the Burke Print Shop at The Wayne C. Henderson School of Appalachian Arts in Marion, Virginia is where she teaches, paints, and prints. It’s what led her to make crankies. END_OF_DOCUMENT_TOKEN_TO_BE_REPLACED 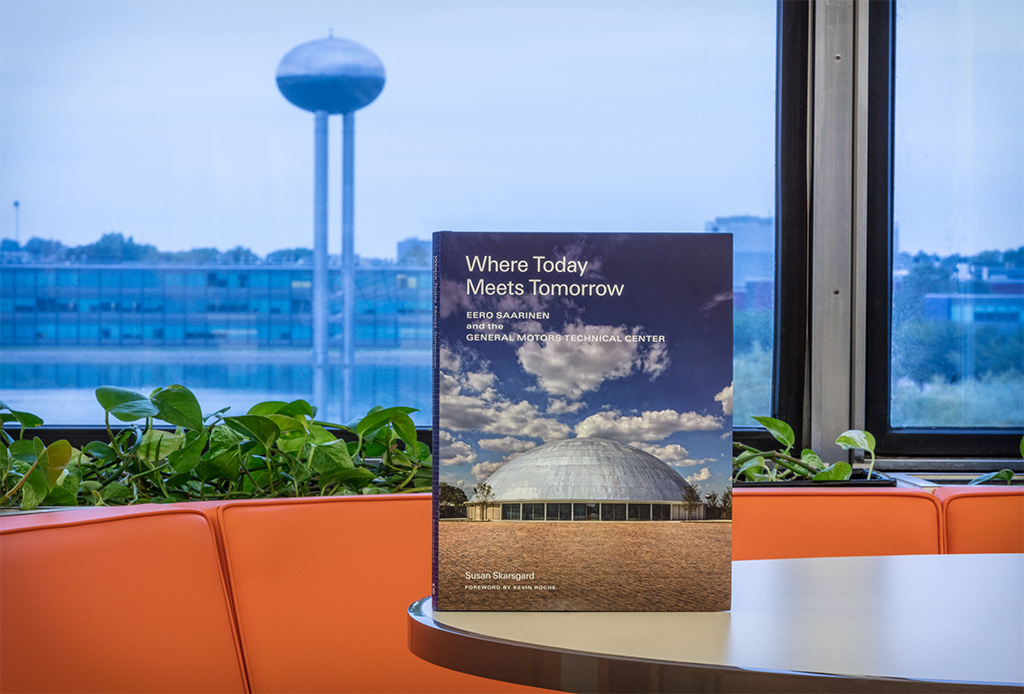 Fri., Nov. 6. | Susan Skarsgard surprised me with her story about designing nameplates and emblems for a big car company—how could working for General Motors be interesting? Her unlikely and mundane beginnings as a hospital ward clerk led her to study calligraphy with Friedrich Neugebauer, who showed her how an artist lived and whose “mystic art of written forms” inspired and changed her. END_OF_DOCUMENT_TOKEN_TO_BE_REPLACED 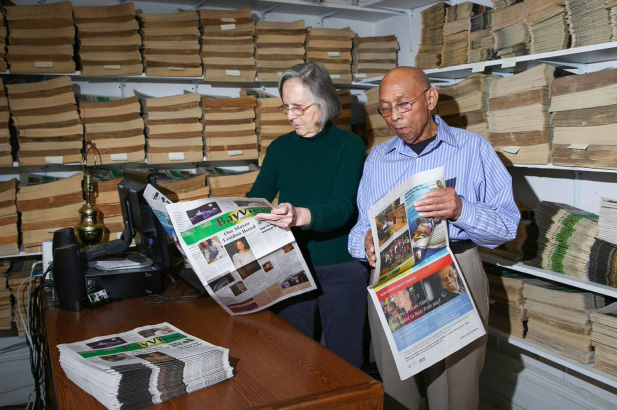 Mary and Willie Ratcliffe, publishers of the Bay View newspaper, review their January edition near their archives on Jan. 10, 2018. (Emma Marie Chiang/Special to S.F. Examiner)

Dox Thrash (1893–1965) was a prominent African-American printmaker who lived in Philadelphia from the mid-1920s until his death. His home, a three-story Victorian located at 2340 Cecil B. More Avenue in Sharswood is a Philadelphia landmark but is currently in serious disrepair. The building has been vacant since the 1990s. Thrash studied at the Art Institute of Chicago after his service in World War I and then settled in Philadelphia where he was energized by the local Black artistic community.  END_OF_DOCUMENT_TOKEN_TO_BE_REPLACED

Tim Barrett, our esteemed host from the University of Iowa Center For The Book, instructed seventy-seven conference attendees, in seven one-hour sessions, on how to make paper. Although none of us in my tour even came close to the “2,000 sheets-per-day” rate we certainly enjoyed trying.  END_OF_DOCUMENT_TOKEN_TO_BE_REPLACED

Because this year’s conference celebrated both printing and papermaking, there were many possibilities for connections between people with different interests. The trip to Magnolia Editions fine art print studio provided such opportunities. It was a fantastic tour of a spectacular place. Don Farnsworth, the maestro, took center stage, and his fellow artists were delightful guides for the behind-the-scenes tour. END_OF_DOCUMENT_TOKEN_TO_BE_REPLACED