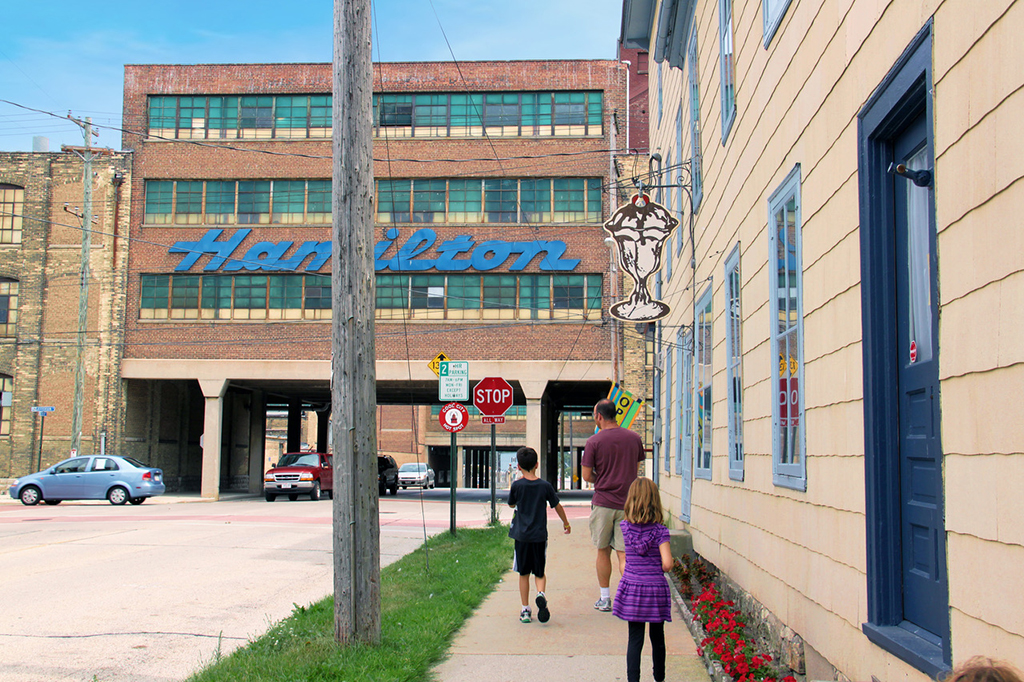 A section of the former Hamilton factory featuring the Hamilton logo mark on which the Hamilton Script font is based. (Ann Sandler/Font Diner)

Sun, Nov. 8 | On a hot day in August 2011—under the slim shadow of a Sundae sign in Two Rivers, Wisconsin—typeface designer Stuart Sandler had a vision that altered the course of his family vacation. Nine years later, his dream of turning Hamilton Wood Type’s famous blue sign into a functional script typeface was finally realized. END_OF_DOCUMENT_TOKEN_TO_BE_REPLACED

Amy Redmond  is a visual designer, educator, and artist whose work is connected through typography. She partners with clients affecting positive change in communities, and teaches typography and letterpress printing at Seattle’s School of Visual Concepts. Amy holds a BFA from James Madison University (Virginia) and prints in her private studio, Amada Press. She is a member of Partners in Print, Seattle Print Arts, the Amalgamated (ACPA), Artist Trust, the Book Arts Guild, and Amalgamated Printers Association (No. 937).