Stan Nelson, a member of the Chesapeake Chapter of the American Printing History Association, and a Museum Specialist Emeritus with the Graphic Arts Collection at the National Museum of American History, the Smithsonian Institution, has just attended the Inaugural Meeting of the International Association of Printing Museums, held from August 31st to September 5th in Cheongju, Korea.  Stan and fellow attendees from museums around the world were guests of the City of Cheongju and UNESCO.  Activities centered around the city’s Jikji Korea Festival and the biennial UNESCO Jikji Memory of the World Prize, which “is awarded to an individual or group who has made a contribution to preserving and promoting documentary heritage.”

On the first day participants of the meeting visited the Cheongju Early Printing Museum which tells the story of the world’s oldest extant book printed with movable metal type; produced there at the Heungdeok Temple, Cheongju, in 1377.  Among the many exhibits documenting the use of both wood block and moveable, bronze types is a live demonstration of a 15th century method for sand casting characters that were then set between vertical rules and bedded in wax to form pages for printing.  Visitors were encouraged to hand print their own pages of Buddhist sutras from these types.

Stan was one of nine speakers during Saturday’s program – the last one in the series – speaking about the museum and its influence on his life, as reflected in his continuing work.  The formative meeting of the International Association of Printing Museums occupied the afternoon session that Saturday and resulted in a resolution to form a ‘working group’ that will draft the final Articles of Association to be approved and signed officially at the next meeting. 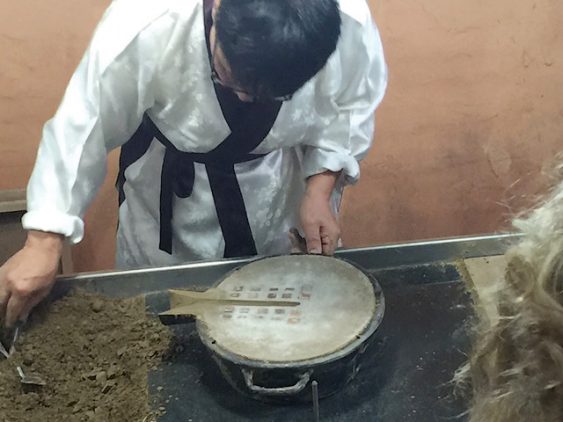 ↑
Wooden pattern letters were surrounded by an iron frame and covered with fine sand, which was then packed tightly. 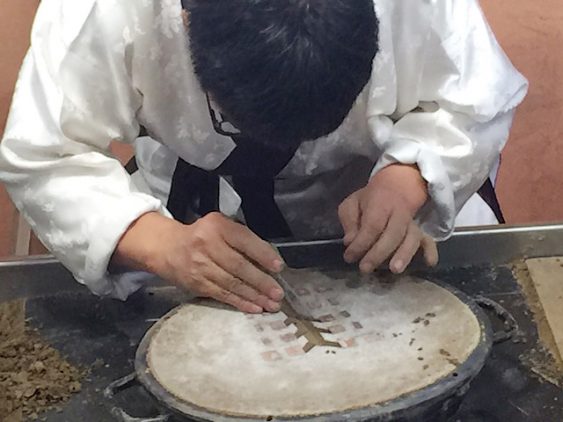 ↑
The frame was turned over, a second frame placed upon it, and after dusting with a ‘parting’ powder, the second frame was filled with sand which was also rammed down. 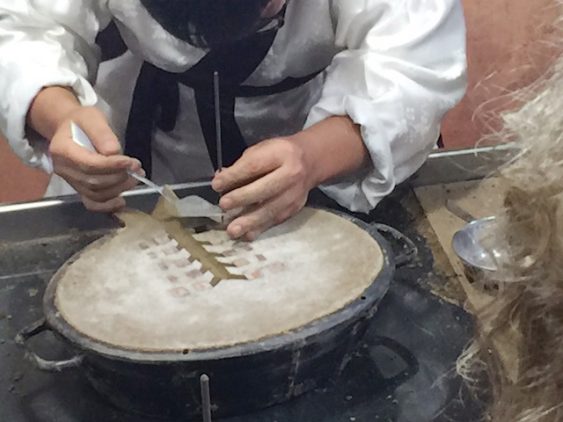 ↑
These were separated, the wooden pattern types were picked out with a sharp point, and channels were cut into the sand to admit the molten bronze. 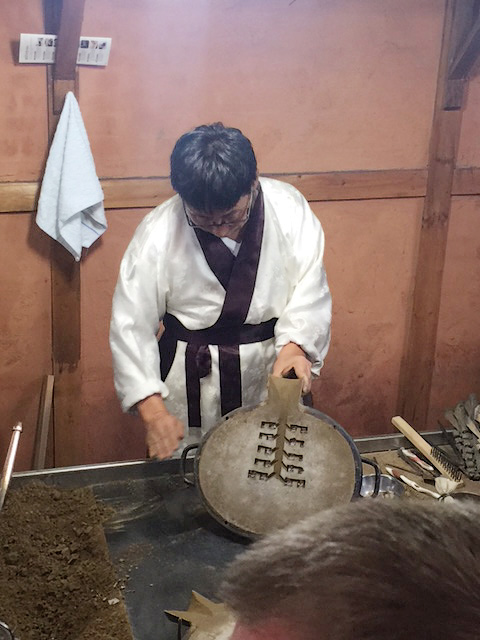 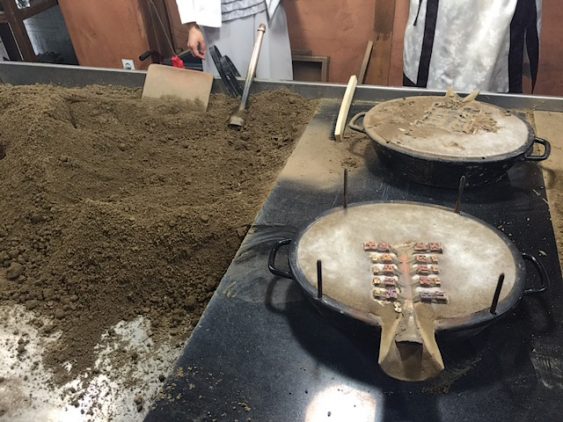 ↑
This shows the two halves of the mold once they’ve been separated. 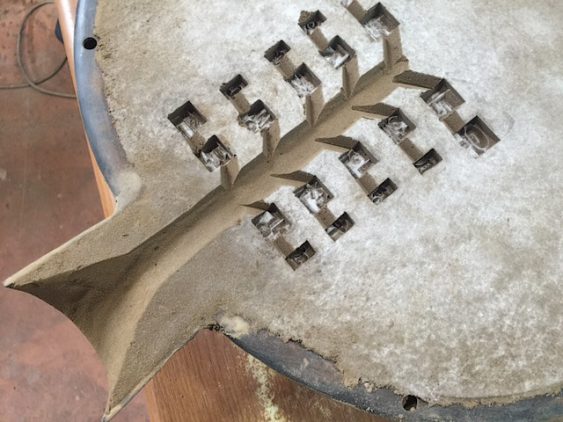 ↑
A closup of typeface side of the mold with the pouring flute. 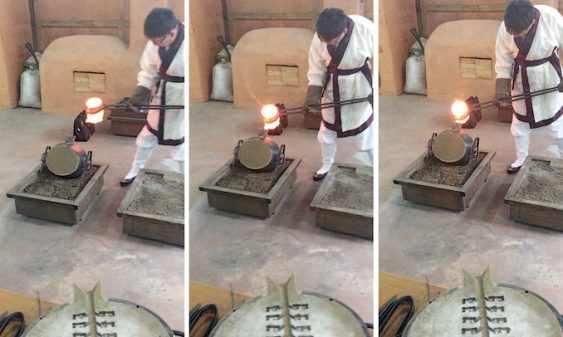 ↑
When ready, the two halves were joined and the mould was filled with molten bronze.  In a short time the metal was solid, and could be lifted from the sand, which is then broken up into grains and reused.  It is an ancient process that continues to be used even today for casting useful objects.