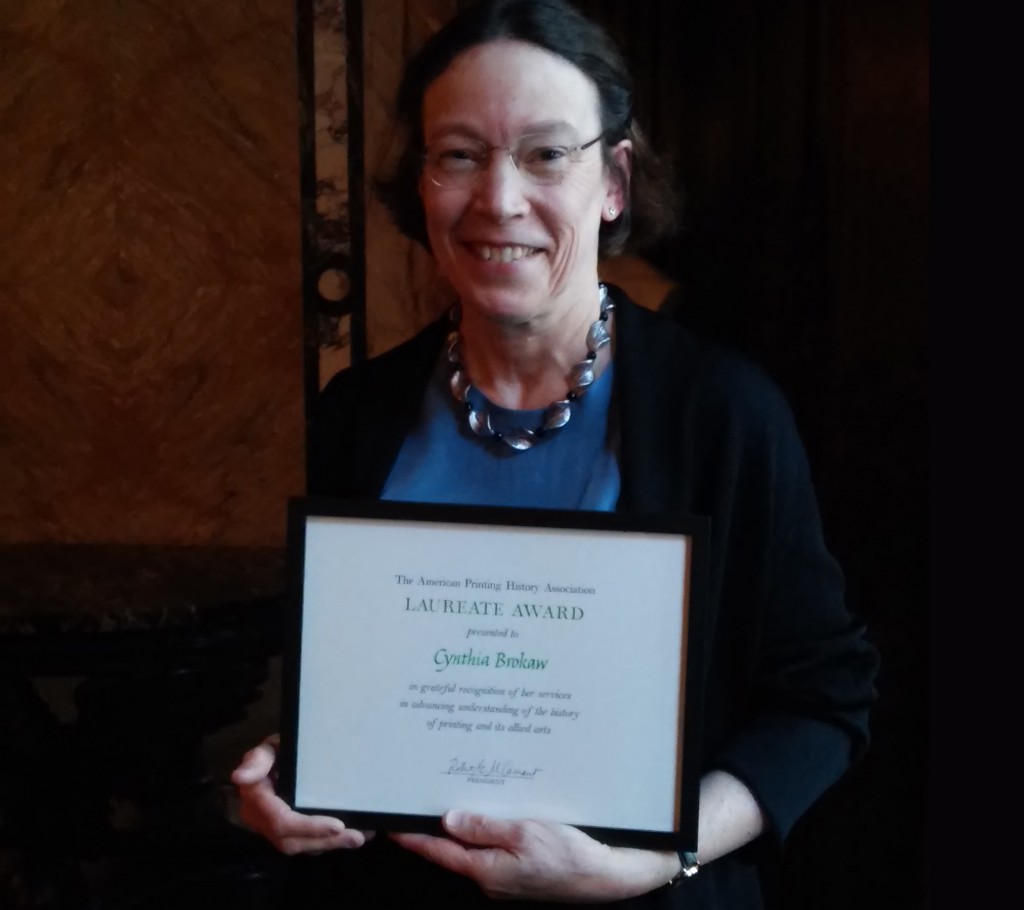 From her Brown University Faculty profile:

Cynthia Brokaw received her Ph.D. from Harvard University in 1984. A specialist in late imperial Chinese history (ca. 1400  1900), she taught at Vanderbilt University, the University of Oregon, and the Ohio State University before coming to Brown in 2009. Her first work,The Ledgers of Merit and Demerit: Social Change and Moral Order in Late Imperial China, examined the role of popular religious belief in the formation of social ideology. Her current research focus is the history of the book in China. Commerce in Culture: The Sibao Book Trade in the Qing and Republican Periods, based on archival and field work in China, is a study of a rural book publishing industry active in distributing popular texts throughout south China. She is now engaged in research on the role that print culture played in the re-integration of Sichuan province into the Chinese political and cultural mainstream over the course of the Qing dynasty (1644-1911).